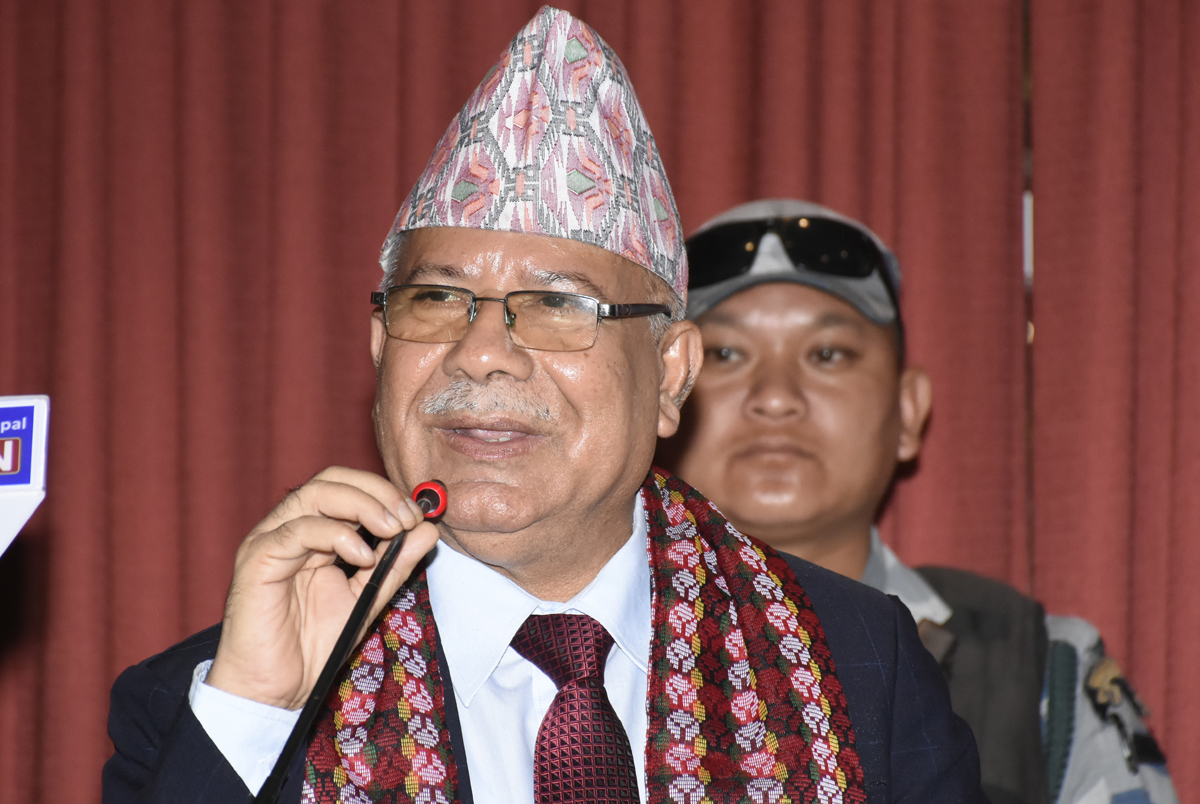 Birgunj, 11 April (2021) - CPN-UML senior leader and former Prime Minister Madhav Kumar Nepal today viewed that political problems within the party would be resolved through dialogue and by following norms and values.

Groupism within the party could be wiped out through talks, he said at a press conference organised in Birgunj by the Press Organisation Nepal.

Saying that they were ready to resolve party problems by leaving behind bitter experiences in the past, he accused the party leadership of not taking initiatives in this regard. He was of the view that taking action against party leaders and cadres would only enfeeble the party itself.