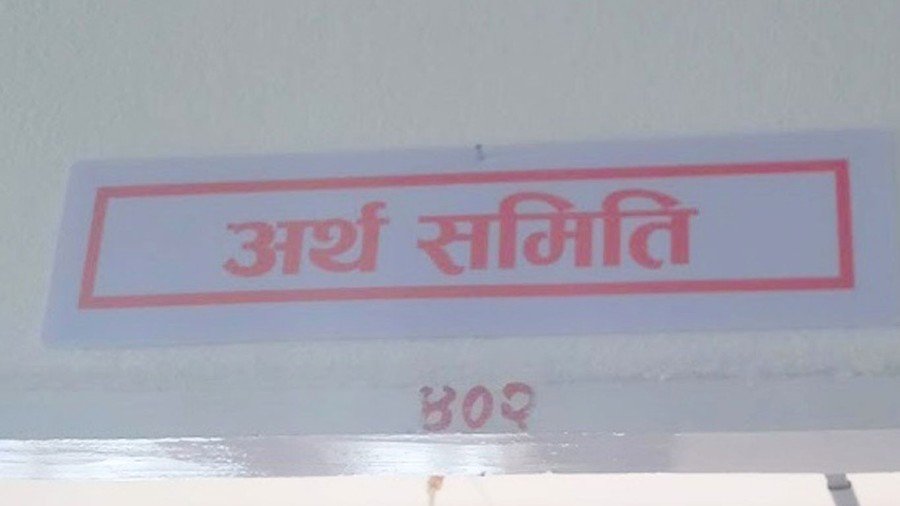 Narayan Neupane
Kathmandu, 21 April (2021) - The Finance Committee of the House of Representatives (HoR) is receiving updates from all ministries and concerned agencies regarding questions that has been raised on the issues of budget implementation, capital spending, development goals, staff management and public procurement process.

In order to find permanent solution to the weak budget implementation, waning capital spending and sluggish infrastructure development works, the Finance Committee this time has demanded updates from the leadership of all ministries on the status and challenges of budget implementation.

Committee Chairperson Krishna Prasad Dahal shared that the committee held pre-budget discussion with the leadership of ministries related to development to address weak status of budget implementation despite directives from the parliamentary committees and the government.

The ministries concerned had voiced their complaints before the committee that the challenges surfaced in the budget implementation due to deficit coordination among the organizational structures of the three tiers, short of human resource, hassles in public procurement work procedure and a long process.

As informed it was disappointing that no ministry has so far exceeded 30 percent in its capital spending in the first nine months of the current fiscal year.

On the occasion, Secretary of Ministry of Federal Affairs and General Administration (MOFAGA) Ek Narayan Aryal shared that the ministry has witnessed an overall spending progress of 17.5 percent towards recurrent and 22.6 percent towards capital spending as of mid-April, 2021.

Chair Dahal said, "Trends prevailed in the areas of capital spending and infrastructure development three years ago is still the same. There are some problems in public procurement act which has complicated our development process. As the work procedure has to be framed within mid-September for programme implementation, there are several instances when many have not yet placed it".

In a bid to improve weaknesses through annual policy and programme and budget, the parliament and parliamentary committee have been holding pre-budget discussions. The finance committee last year held pre-budget consultations with stakeholders, including local citizens, private sector and  officials of province and local governments, in 11 different parts of the country beyond Kathmandu Valley.

The pre-budget discussion for the fiscal year 2021/22 budget was put off due to outbreak of coronavirus. This year the finance committee invited the leadership of ministries directly connected to the development and infrastructure at its meeting for pre-budget discussion.

Informing about the status of budget implementation and transfer as of mid-April, Secretary at Ministry of Culture, Tourism and Civil Aviation, Yadav Koirala shared the ministry has made a physical progress of 60 percent and financial progress of 40 percent towards capital spending and 50 percent towards recurrent spending.

Finance Committee secretary Surendra Aryal said, "Just blaming coroanvirus and untimely budget was one thing but there was no visible reform. Based on the analysis of fiscal anarchy and pile up of arrears, the share of 10 ministries is around 90 percent. These ministries have also occupied a big chunk of capital spending".

The committee has so far received updates from leadership of the Ministries related to Physical Infrastructure and Transport, Urban, Energy, Hydropower and Irrigation, Drinking Water, Federal Affairs and General Administration, Finance, Tourism and Civil Aviation, Agriculture and Livestock on the issues and challenges of budget implementation, physical infrastructure development and status of capital spending.

The committee is making preparation to issue necessary directives to the ministries for policy, legal and structural reforms and management of human resource as wella s to make them accountable following the completion of consultations.