Chair Dahal gets authority to withdraw support to government 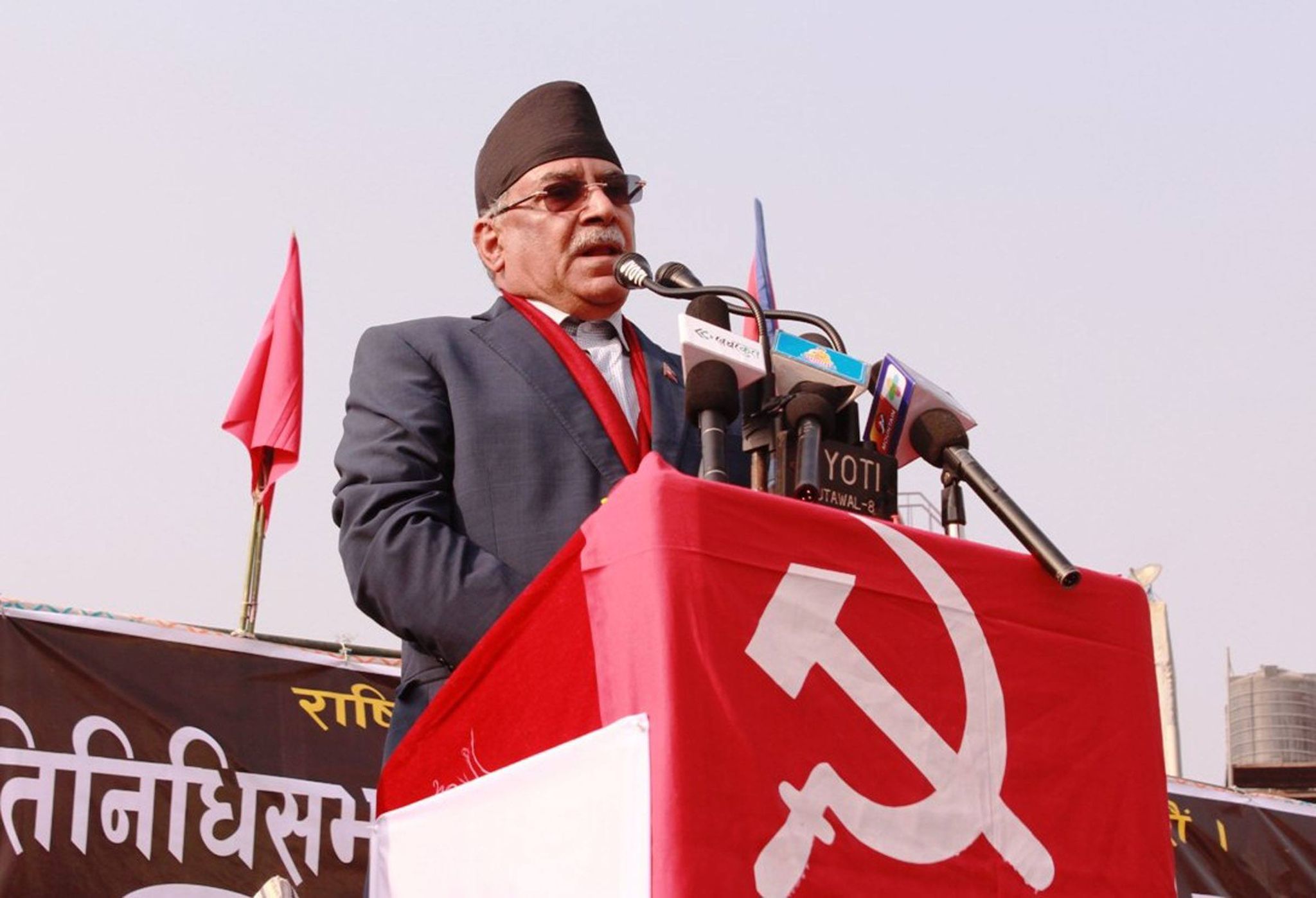 Ashok Ghimire
Kathmandu, 21 April (2021) - The CPN (Maoist Centre) has decided to give party chair Pushpa Kamal Dahal ' Prachanda' the final authority to withdraw the party support to the incumbent government.

Party's Standing Committee meeting took place at the party headquarters Parisdanda today delegated the right to take a formal decision on the matter to the chair, according to party spokesperson Narayan Kaji Shrestha.  "As per the meeting agreement, the party chair will decide the time for giving an official letter to the government informing the later about reversal of support.'' As Shrestha said, it would happen soon.

Though the party is saying that it lends no support to the incumbent government with  the dissolution of the House of Representatives on December 20, it is yet to take a formal decision on the matter.  The party which has been claiming that it is making efforts for an alternative government is yet to come with a formal announcement of the repeal of its support to the KP Sharma Oli-led government.

The party is in regular touch with the main opposition Nepali Congress, and the Janata Samajbadi Party of late, but no substantive decision has come out yet.

The NC central executive committee has already decided to form a new government under its leadership while the Janata Samajbadi Party is yet to give its clear views.

Prime Minister KP Sharma Oli has publically called on the CPN (Maoist Centre) to withdraw its support if it does not support the government.

The CPN (Maoist Centre) has accelerated discussion in order to form a new government with participation of different political parties stood together against parliament dissolution.

The meeting also took the decision to appeal the general people to be safe from Covid-19 pandemic. It also directed the party's entire committees and ranks to run public awareness campaign against Covid-19.