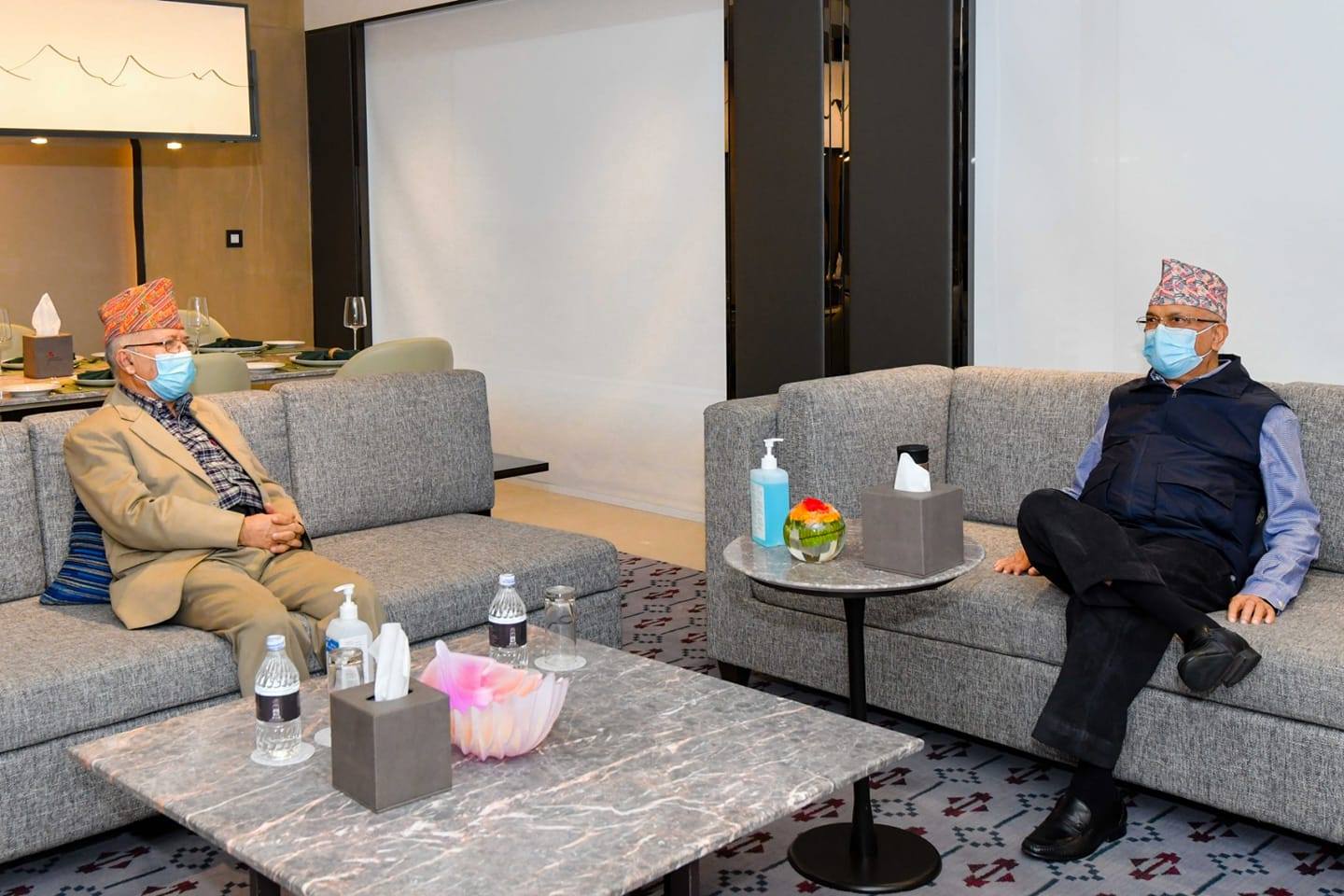 Irritated by the insistent demands for his resignation under moral grounds, PM Oli has admitted that he no longer needs the support of the Maoist Centre and challenged them to withdraw their support and let him face the music inside the parliament. To the surprise of many, the Maoist Centre has not yet decided to withdraw their support and topple the Oli Government that they love to hate so much. Instead, what we have seen is a condescending attitude on the part of the Maoists. What we have also seen is varied interpretations behind non-withdrawal or reluctance to withdraw support.

First, the Maoist leader Barsha Man Pun is reported saying the Oli Government toppled after 18 March (5 Chaitra 2077). Sounds he was so cocksure of toppling the government. Now there are different versions ranging from “pre-planned delay” to “a matter of formality” or even no need to withdraw their support.

Ever since the Supreme Court overturned the PM’s decision to dissolve the parliament, the opponents including the Maoist Centre has been insistently and consistently calling for PM's resignation on moral grounds. It is obvious that the government will fall within a minute once the Maoists withdraw their support. But to the surprise of many, Maoists have not withdrawn their support. Instead they are demanding PM’s resignation on moral grounds.

The Maoists are now diverting public attention, first, by saying that they need not have to withdraw their support and as they no longer support the present government, they then started demanding PM to seek fresh vote of confidence in the parliament.

Faced with this moral dilemma, the Maoists are now diverting public attention, first, by saying that they need not have to withdraw their support and as they no longer support the present government, they then started demanding PM to seek fresh vote of confidence in the parliament. Some even went ahead saying the government is unconstitutional as it has already crossed the threshold of 30-day requirement to take vote of confidence in the parliament. Now, Narayan Kaji Shrestha is saying that withdrawal of the support is only a matter of “technicality” or a matter of “formality” of writing an official letter. This can happen any minute.

But that technicality or formality is not happening.  Earlier, Comrade Prachanda is also reported to have said that there is an immense pressure on him, without referring to exact foreign sources, to not to withdraw their support to Oli Government. These days no once can trust Prachanda's rants. He says one thing now and next moment the other. Since the reinstatement of the parliament he has been numbering the days of PM Oli but the latter is not giving an inch.

The official reason behind Maoists' non-withdrawal of vote of confidence could be this: Once the support is withdrawn, as per the provisions made in the constitution, the Oli Government has to seek fresh vote of confidence in the parliament within 30 days. This gives PM Oli 30 days of breathing space. In politics, 30 days could be a long period and anything can happen within 30 days. Instead of taking a long route, the Maoists are looking for a direct and a short-cut method of toppling the government through filing a vote of no-trust motion. And this is where the present stalemate situation is being cooked. The opponents have not been able to garner required majority to topple the government. They can easily pull down Oli government but they still have to fix another government. This is where the crux of the matter lies.

The power of making the king suddenly shifted from the Nepali Congress to JSP.

The Maoists had the taste of their own medicine when in Lumbini Province, Chief Minister Shankar Pokharel rewarded MPs from JSP, who signed vote of no trust motion against him, with ministerial positions. With the filing of vote of no trust motion in the Province 1 and in Gandaki Province, it sounds like politics is currently being played at provincial rather than at the federal or national level.

With the obdurate PM showing no signs to resign under moral grounds, there is now an immense pressure on the Maoists. Neither can they withdraw their support to the Oli Government nor help form an alternative government. If they withdrew their support to the Oli Government and if the parliament cannot come up with a next PM, by default, PM Oli will be in the position to dissolve the parliament and call for next rounds of elections. Basically, we are back to square one situation. This is what Maoists are scared to face. They have come up with their own self-fulfilling prophesy: Elections may be declared but not be held.

The game of vote of confidence and no confidence motions that is currently being played at provincial level will soon settle the dust, that is, determine the political strengths of major political players, namely, UML belonging to Oli and Nepal-Khanal factions, Nepali Congress, the Maoist Centre and JSP factions headed by Thakur and Mahato faction and Bhattarai and Yadav faction.

There is also news that in order to prevent MPs loyal to Nepal faction crossing floor during vote of confidence or no-confidence motions, Oli may take disciplinary actions by annulling the membership positions of the MPs. However, such an action may back-fire on PM Oli by reducing the total strength of the parliament and giving the opponents an easy way to secure more than 50 percent vote in the reduced parliament. There is also news reporting that PM Oli cannot take such a dramatic action as the MPs have not defected or crossed the floor. In order to neutralize PM taking such a dramatic action, there is also news that MPs loyal to Nepal faction may resign in en masse. Nepali politics is still hanging in suspense. There is a saying: Anything can happen in Nepali politics.