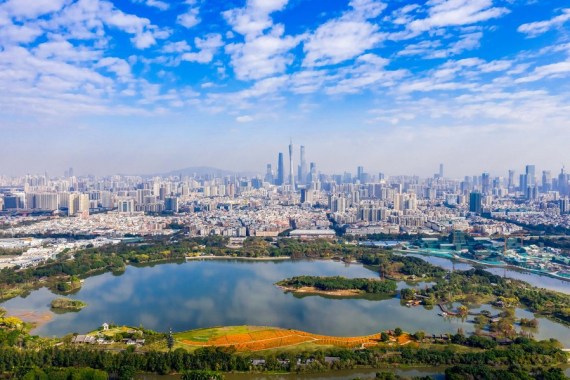 Beijing, 23 April (2021) - As a staunch advocate for global climate cooperation, China has committed itself to promoting joint climate efforts with concrete actions.

During the Leaders Summit on Climate that opened on Thursday, Chinese President Xi Jinping called on the international community to "come up with unprecedented ambition and action" to foster a community of life for man and nature.

"We should protect nature and preserve the environment like we protect our eyes, and endeavor to foster a new relationship where man and nature can both prosper and live in harmony," Xi said.

Beijing has already started to take substantial actions to help turn the tide on global warming.

China has been committed to harmony between man and nature, green development, systemic governance, a people-centered approach, multilateralism, and the principle of common but differentiated responsibilities.

To mitigate the impact of climate change, China has announced that it will strive to bring carbon dioxide emissions to a peak before 2030 and become carbon neutral before 2060.

This ambitious pledge means that China, the world's largest developing country, will complete the world's most dramatic reduction in carbon emission intensity, and realize carbon neutrality from carbon peaking in the shortest time in global history.

No country, however, can single-handedly fix the climate problem. Global cooperation is imperative.

From pushing for the signing of the Paris Agreement to endeavoring to building a fair and win-win system for global climate governance, China has acted as a responsible major country in the spirit of multilateralism when handling climate-related issues. That sends a cooperative signal to the international community and boosts the cohesion of a world plagued by the climate crisis.

China will also promote the implementation of the United Nations Framework Convention on Climate Change and the Paris Agreement, and actively develop South-South cooperation on climate change.

Responding to climate change is the common cause of humanity, instead of a bargaining chip for geopolitics, or an excuse to attack others and put up trade barriers.

To tackle the global climate crisis, mutual trust is essential.

It is expected that the United States, after announcing a return to global climate cooperation, will reassure the world by taking concrete steps and making greater efforts to pay the climate debt it has owed.

It is also expected that more developed countries will also honor their commitments by providing sufficient financial and technical support to developing countries, and help them with their green and sustainable development.

This year will see a flurry of gatherings of international conventions on climate change, such as the 15th meeting of the Conference of the Parties to the Convention on Biological Diversity in China's Kunming, the UN Climate Change Conference in Glasgow, Britain, and the Seventh International Union for Conservation of Nature's World Conservation Congress in the French city of Marseilles.

At those events and beyond, all parties must join hands and act together for a new global climate governance pattern as well as humanity's shared future. The human race can still save itself from this very existential threat, but time is running out. Joint action is the only way out.