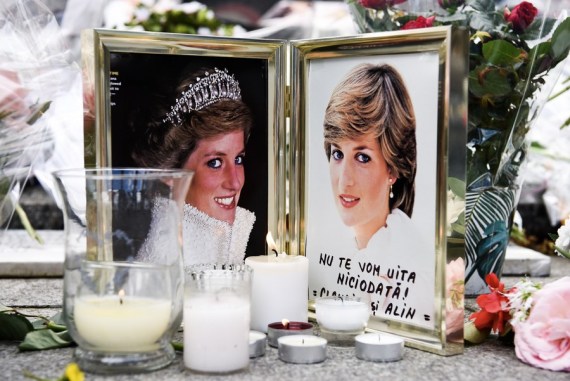 Beijing, 25 May (2021) - Amid mounting pressure, the BBC announced Monday a review of its editorial practices and governance after an inquiry into its 1995 interview with Britain's Princess Diana unveiled damning failings at its heart.

Reiterating its apology, the BBC Board said it fully accepted the inquiry report, which found the BBC fell short of "high standards of integrity and transparency" over its interview with Princess Diana.

Only the apology came a quarter-century too late. The BBC failed not only the British royal family but the public across the globe.

"Trust is the foundation of the BBC. We're independent, impartial and honest." This bold BBC "values" declaration now rings not only hollow but almost hilarious.

According to the inquiry, former BBC reporter Martin Bashir acted in a "deceitful" way and faked documents to secure the interview with Princess Diana, while the BBC's own internal probe in 1996 into what happened was "woefully ineffective."

Indeed, Bashir's conduct, by any ethical standards, was deplorable. Using fake documents for materializing the interview is indefensible. But the BBC's problem turns out much more disgraceful than this.

Michael Grade, who was BBC chairman between 2004 and 2006, said the BBC's "cover-up" had been worse than the behavior of Bashir, who later got lauded and promoted in the BBC.

"It's taken 25 years to get the truth," Grade said. "It raises the question in your mind, how many more cover-ups are there in the files of BBC journalism that we haven't been told about?"

He also accused the BBC of "arrogance" in the cavalier way in which it behaves. "It starts with their default position, whenever challenged, that they are not and cannot ever be wrong."

In a debate Monday afternoon at the House of Commons, lower house of the British Parliament, lawmakers slammed the BBC for its attempts to cover up the scandal as well as for the promotion of Bashir after the interview.

But for many, the BBC's fall from grace did not come as a surprise: the BBC's lack of integrity is not simply confined to its covering of the royal stories.

In its recent fiasco alleging "systematic rape" in China's Xinjiang, the BBC sourced only dubious, one-sided verbal claims, including those from sources who have given contradictory statements, without any credible confirmation or corroborating evidence.

Earlier this year, the "new compelling evidence" uncovered by the BBC alleging "forced labor and assimilation" in Xinjiang has proved to be old clips from China's national broadcaster, which the BBC manipulated to suit its own cause.

In another bid to distort truth about China, the BBC cooked up so-called "human-rights violations" in the Chinese city of Wuhan with a video of an anti-terrorism drill.

"It is no use arguing that Bashir was just one 'rogue' reporter -- the corruption of journalistic ethics (of the BBC) went right up to the top," said The Spectator, a weekly British magazine.

Following the crisis, the BBC's current director general Tim Davie offered "a full and unconditional apology." Former BBC director general Tony Hall, who was director of news at the time of the Diana interview, resigned as the National Gallery's chairman.

The Metropolitan Police said it will assess the contents of the inquiry to see whether there is "significant new evidence" to support a criminal investigation.

For the BBC, it takes much more than just an apology to restore the fundamental pillars of accountability, public trust and confidence.