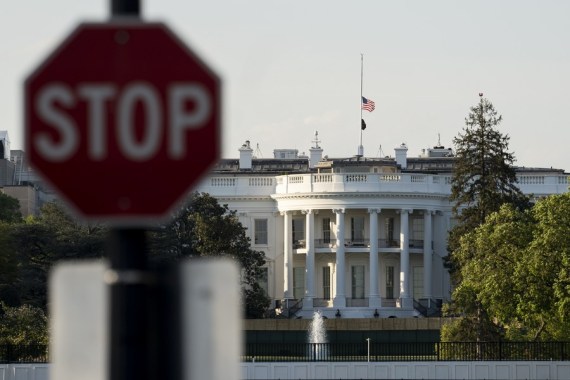 Beijing, 2 June (2021) - The world might be curious about how U.S. President Joe Biden is going to explain to his European counterparts during his upcoming transatlantic trip as Washington was exposed, once again, bugging its European allies.

The exposure of the latest spying scandal must be hurtful and frustrating for America's European allies. They have been expecting a Washington they can trust and count on since the Biden team took power. That wish could take a hard hit if what the Danish media has reported can be proved true.

Already, France and Germany have responded by denouncing the spying as "unacceptable," and demanding "full clarity" from the U.S. side. However, they made similar demands when Washington's hacking programs were brought to the sunlight back in 2013 by former U.S. National Security Agency contractor Edward Snowden. And according to reports in the Danish press, the bugging continued.

Thus the most probable ending of the ongoing bugging drama is highly likely to be the same as that of the last one: European countries issuing censure on Washington's betrayal to save some face; Washington offering some falsehearted promises and then keeping eavesdropping anyway.

The recurring wiretapping saga is perhaps the best footnote for Washington's hypocrisy, hubris and the impulse to rule it all in the world.

In words, Washington deplores cyberattacks, and pledges to build a "clean network." In practice, it is building an empire of hacking, wiretapping and sabotage, bugs almost anyone it wants, even its "allies," and hypes up groundless national security charges against other countries.

While Washington has always bragged about its numbers of allies across the world, it is always those America's treaty allies that get hurt and insulted from time to time. The past four years have shown the Europeans just how abusive Washington can be. And no one can guarantee those days would not return in the future.

Frankly, in the eyes of Uncle Sam, allies in Europe are just servants for America's geopolitical priorities, instead of real-deal friends. Europe's interests could be expendable as long as Washington's interests are at stake.

Thus there is not much need for Washington to cherish or invest in what is needed the most between allies -- trust.

The reason why the United States wants to tap as many as it can is because it wants to control as much as it wants: energies and technologies, money and markets, public opinions and data.

As a matter of fact, the recurring spying saga testifies to the fact that Washington not only cares little about paying due respect to European countries, but also harbors a deep-seated suspicion towards them.

For those at the helms of Washington, a strong and independent Europe could drift away from America's orbit. That must be prevented.

However, the world is different from what it was after the end of the Cold War. It is now an age of multipolarity where all countries must work together in the face of pressing global challenges, and build a common future. Yet Washington's brazen self-serving only show that the country still clings to the unipolar past that is already gone.

For the shared interests of the international community, it is perhaps the time to start entertaining how to respond to Washington's boundless zeal for global hegemony.

And at the moment, many in major European capitals might still be trying to convince themselves that the Biden White House is different and can treat them fairly and with decency. Well, just let time tell. In the meantime, they had better be careful with their cellphones. The Big Brother is watching and listening.