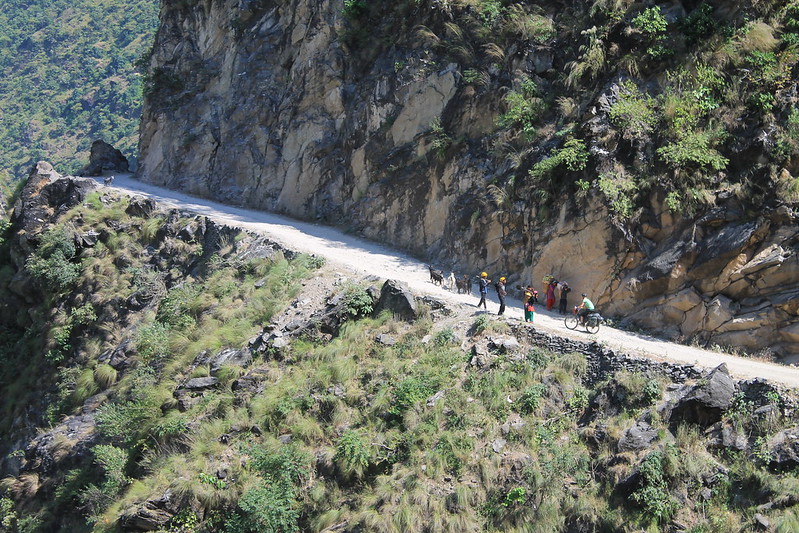 Doti, 13 June (2021) - The Bhimdatta Highway has been blocked with the landslide occurred at Gaira of Jorayal Rural Municipality-1 in the district. The landslide was caused by the incessant rainfall occurred since last night.

The highway linking Dipalyal to Attariya was disrupted since 6:00am today, according to Gaura Police Post.

The obstruction of the roadway left stranded dozens of vehicles carrying essential goods to the hilly area from the southern plains. A local Sopan Singh Oli informed that efforts were underway to clear the debris with the use of dozer.

It is said various other local roads are also obstructed with the landslides triggered by the rainfall.