Case of Saraswoti Pradhan vs. Rupa Sunar: Blown out of proportion 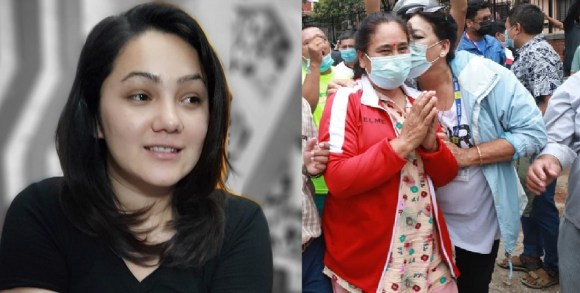 Going by the social media posts, the reporting of the dispute between a high caste newar landlord Ms Saraswoti Pradhan, 56, and a so-called low caste young lady from dalit community, a prospective occupant, Miss Rupa Sunar, 24, literally, dwarfed all other news of national importance.

The case was a simple dispute that was deliberately put into media trial. As reported in the media, the case unfolded this way:  A landlord refused to rent out her property, as accused by the occupant, purely on the ground of the prospective occupant's low caste or her coming from a dalit community. Sunar lodged a complaint with the local police charging Pradhan of racial discrimination. Pradhan was taken into custody for three days for "investigation".

Pradhan’s own version is that she did not discriminate Sunar for being a dalit; she just informed her that she is not in a position to take decision and had to consult with other family members. The telephone conversation between Pradhan and Sunar is now available in social media. There are also interview clippings of both the disputants.

Listening to the telephone conversation, there is nothing unpleasant and untoward incident taking place between the two. In fact, Pradhan seems to be too polite while talking with Sunar, like with a daughter. Although there is no direct denial from her part, definitely, one can infer from a roundabout fashion that she refused to rent out the flat on the ground of her caste - reasoning her grandma did not like the idea.

Sunar, with her journalism background, posted her version of the story in the social media which went viral. The police action of taking an old lady - Pradhan - into custody infuriated the newar community of Kathmandu. Literally, the dispute was like spilling the bins of communal discord, hitherto supressed in the Nepali society.

The scribe has deliberately used the word “media savvy” after watching interview clips of Sunar. The body language, occasional outburst of laughter, the smile and the way she speaks with ease - in no way indicates that Sunar is being victimized by Pradhan. Her inner feelings may be different. With a plan to record Pradhan's voice as a part of gathering evidence and posting the incident on social media, Sunar seems to have been determined to settle the score, if not to go viral in social media.

Compared to this, Pradhan looks sombre, sad, and grim faced giving an impression of her being mentally tortured during her confinement. A picture of an old lady standing behind bars went viral and hit the chords of newar sentiments inside Kathmandu. I have not read anyone from newar community who is not sympathetic to Pradhan though I often wonder what would have happened if instead of Pradhan a low caste newar family was being implicated. Will there be julus and dharnas of equal intensity?

The case has been blown out of proportion when a sitting minister came to rescue Pradhan from police custody and when a section of newar community staged demonstration in her favour. This is contrasted by Dr Baburam Bhattarai seeking to gain extra political mileage by tweeting in support of dalit lady and some members of the civil society demonstrating against the minister helping to release Pradhan from police custody.

The reader should know that there is a latent conflict brewing between (mostly) newar landlords (though they have turned into minority within Kathmandu Valley) and the occupants (normally coming outside the Valley) due to pandemic situation. The dispute acted as an ember to make fire. The case must be seen within this context before fuelling the issue with communal discords and charges of racial discrimination.

Definitely, the police in cahoots with sarkari wakils must also be blamed for their high-handedness. There is no sensible ground to lock an old housewife behind bars for three days. Given the nature of the case, definitely, she is not going to flee out of the country, that too during pandemic lockdown situation.

One should fairly keep in mind the ethnic composition of police and sarkari wakils. The politicians and donor funded civil society members have their own agenda to fulfil. But blowing a simple dispute between a landlord and prospective occupant on the ground of racial discrimination is not going to solve deeply entrenched race and caste-based discrimination practices in Nepali society.

This is also not to favour the status quo. There are discriminations almost everywhere. I have read a research study from more than a decade back organized by a foundation based in Britain on achievements in the elimination of racial discrimination post-Maoist era in Nepal. The study revealed that Nepal has been able to gain some degree of equality only in the public sphere. The private sphere is as much entrenched in caste-based discrimination as before. But no one likes the intrusion into their bedroom. How are you going to solve this caste problem?