No case can be filed against the President: Senior Advocate Panta 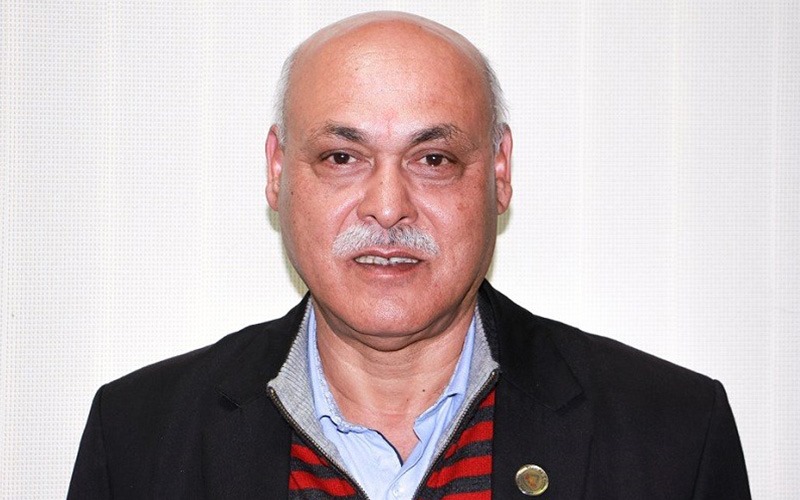 Kathmandu, 30 June (2021) - Senior Advocate Sushil Panta has argued that no case could be filed against the President.

During a hearing of the case relating to the May 22 dissolution of the House of Representatives (HoR) before the Constitutional Bench today, Panta, who was pleading the case on behalf of Prime Minister KP Sharma Oli, contended that the President could not be tried in any law court.

"As per the principle of natural justice also no case can be lodged against the President," he asserted and asked if the President's step (of dissolving the House of Representatives) is wrong, then why wasn't the Office of the President made the defendant in the case.

Senior Advocate stressed that the President had only implemented the recommendation for the dissolution.

He also argued that there could be no ground for appointing the Prime Minister when the same lawmakers have signed on the applications of both parties staking claim to be appointed to the post.

"The Article 76(5) of the Constitution demands a party for the purpose of appointing the Prime Minister. If it was not the case, then Article 75 (2) would not be necessary."

Panta also argued that a writ does not recognise more than five petitioners and there could not be 146 petitioners signing on a single writ. He was referring to the writ filed by 146 lawmakers in support of appointment of Nepali Congress president Sher Bahadur Deuba as the Prime Minister.

They had all argued that the President had carried out the duties as per the constitutional powers.