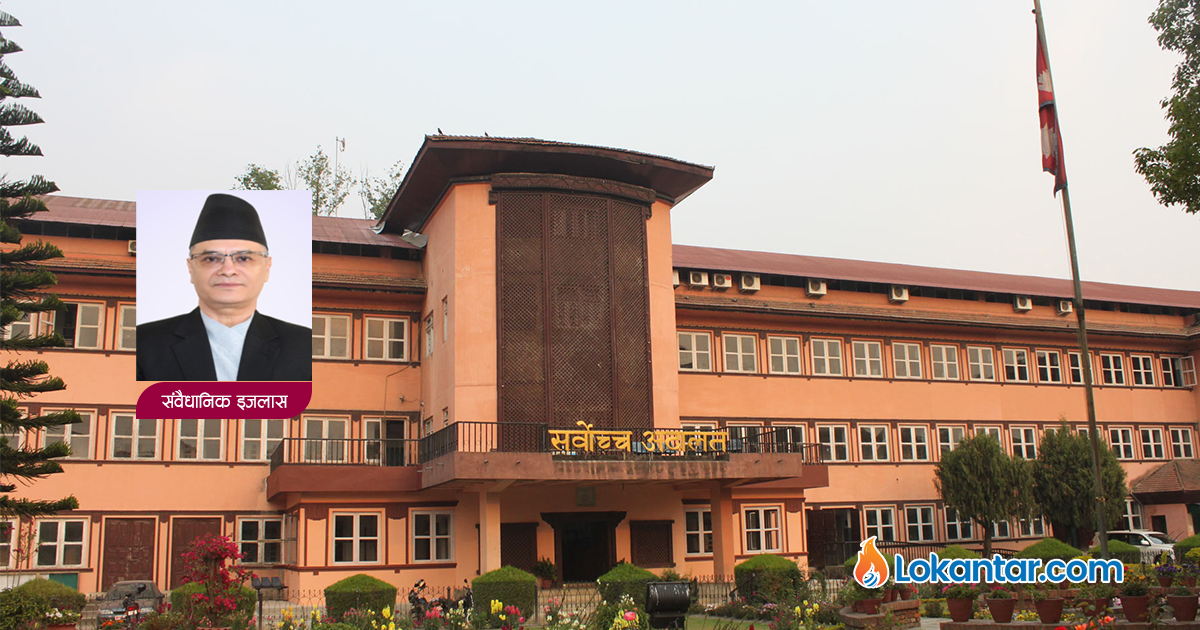 Kathmandu, 2 June (2021) - Today’s pleading over the writ petition regarding dissolution of the House of Representatives has begun at the Supreme Court.

Twenty three law practitioners were scheduled to plead the case on the behalf of the Prime Minister and seven hours had been allocated for the same. Out of seven hours, one hour and 30 minutes remained.

After the conclusion of the pleading from the government side, of lawyers from the Speaker's side would begin their pleading.  One hour time has been determined for them.

After the debate of legal prosecutors of the Speaker, writ petitioners would reply and argument of Amicus Curiae would begin.

Similarly, after conclusion of the pleading by the Amicus Curiae, verdict over the case would be made.