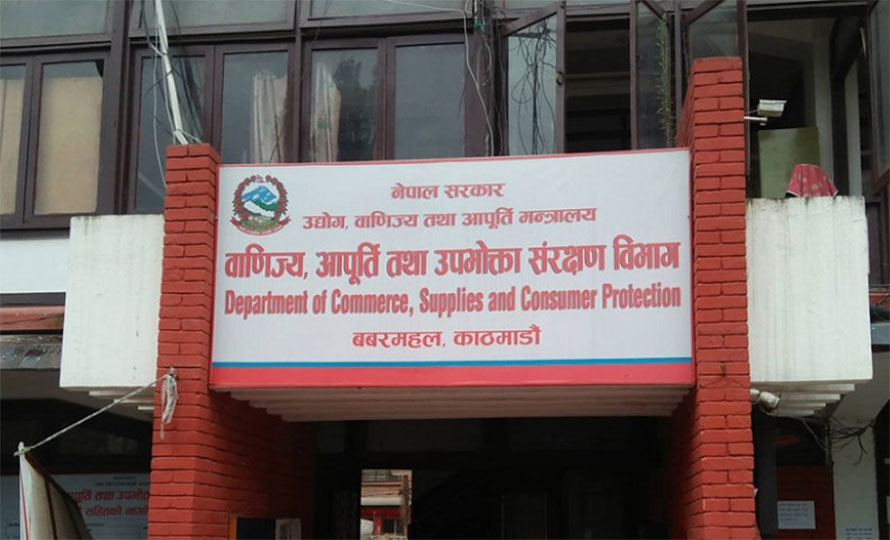 Kathmandu, 21 July (2021) - The Department of Commerce, Supplies and Consumers has taken action against over 1,000 firms and companies for violating the business code of conducts.

The Department in a year conducted a monitoring of 2,947 firms. Of them, 1,597 were suggested for general improvements and 397 firms were demanded to furnish required documents and sought clarifications.

As per the Department data, sample of production was collected from 37 firms for a laboratory test while the transactions of 38 firms were suspended.  A case has been filed against 19 people and three vehicles were taken under control.

In fine, the Department has collected revenue worth Rs 23.98 million, Department Spokesperson Shibaraj Shedhai said. Similarly, adulterated foodstuff worth Rs 37.38 million was destroyed during the period.