Why must Nepal say ‘No’ to MCC? 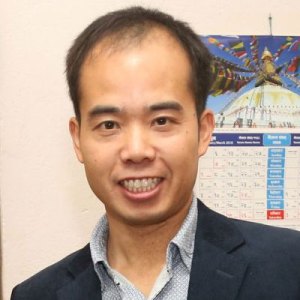 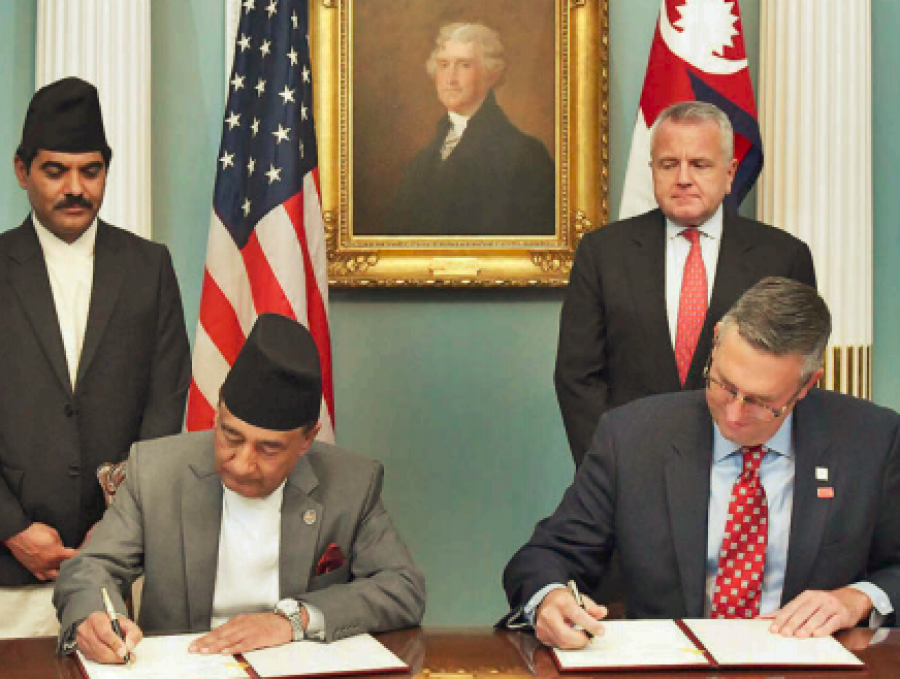 The Millennium Challenge Corporation (MCC) has ignited a bitter controversy in Nepal. Some hail it with joy, and while many others blast it with hatred. Local media is awash with many comments, most of them self-contradictory.

Former Prime Minister KP Sharma Oli once asked the opponents of MCC to read documents carefully before debating over it. In a recent interview with AP1 television, Randy Berry, the US Ambassador to Nepal also said, “We absolutely welcome, and always have, the scrutiny on the MCC compact.”

Unless I am proved wrong, most people don’t have time to read two key documents relating to the MCC before they publicly support or oppose it. This study is a must for any serious critic---to check them carefully to clear the confused mind of the public.

Brought with a two years gap, these two contracts in English language are lengthy, full of abstruse legal terms that are out of many persons’ range. One is 78 pages long while the other has 35 pages.

Around two weeks ago, I uploaded a post on my Facebook page-- “Is MCC good or bad for Nepal?” I quoted one section of the compact to invite readers to draw their own conclusion.

That simple post generated huge debate and many people offered their comments. One Nepali scholar and one Nepali journalist even argued whether this scribe, a Chinese journalist, is in a suitable position to appraise MCC since it is a bilateral cooperation between the US and Nepal, without direct involvement of China.

Here is a catch. These commenters seem to be unaware that “[t]his Compact is an international agreement and as such will be governed by the principles of international law,” according to Section 6.4 of the compact signed in 2017.

As far as the international agreement is concerned, let me quote western media reports pointing out that “the U.S. is an unreliable international partner.” Recently the whole world has been questioning reliability of the US after its rapid and chaotic withdrawal of American troops from Afghanistan.

How much does the sovereignty of Nepal cost? This question sounds stupid and provocative. It's like asking how much is your life worth? But according to the two agreed documents, the price is up to US$ 500 million.

As the saying goes, there is no such thing as free lunch in this real world. “MCC will provide assistance of up to US$ 500,000,000 to the Government,” which passes as the largest grant Nepal has ever received. But as an exchange or reward, the government has to hand over its sovereignty—the supreme authority or power within the territory to this American company.

The Section 7.1 of the 2017 compact clearly reads, “The Parties understand that this Compact, upon entry into force, will prevail over the domestic laws of Nepal.”

Nepal’s constitution is the fundamental law of the land, but it is a local one. So the Compact nullifies it. That’s the price Nepal has to pay for the US$ 500 million assistance from the US.

Nepal’s constitution is the fundamental law of the land, but it is a local one. So the Compact nullifies it. That’s the price Nepal has to pay for the US$ 500 million assistance from the US.

If you go through the documents, the unequal terms and conditions are very much visible, and surprising. The role that Nepal government will have to play is like that of a maiden while the other party, the MCC, stands as the master which can decide everything including the management of human, financial, and materiel resources.

The programme is worth up to US$ 630 million including a contribution of US$ 130 million from Nepal government. It is a joint adventure but according to the agreements, Nepal government can’t decide how to use the money, the Office of the Auditor General (OAG) can’t audit even the US$ 130 million, its own money. Furthermore, all the intellectual property under the programme belongs to the only rightful owner MCC, acting on behalf of the United States Government. That’s to say, Nepal effectively donates US$ 130 million to the US, instead of it receiving US$ 500 million from the latter---in five years’ time.

The MCA-Nepal (Millennium Challenge Act-Nepal) is so powerful that “no decision of MCA-Nepal is modified, supplemented, unduly influenced or rescinded by any governmental authority,” according to the Section 1.3 Role of MCA-Nepal of the 2019 agreement.

As we all know, unlimited power corrupts the minds of those who possess it. How can one escape the prospective punishment from Nepal’s laws for any wrongdoings?

Cunning figures have already designed a way out. The Section 6.8 “MCC status” of the 2017 compact states the immunity enjoyed by people working for the programme:

Nepal’s Supreme Court has power to invalidate the prime minister’s anti-constitution ordinance. It also can order the country’s president to appoint a new prime minister. But as things stand now, this powerful constitutional institution can do nothing against the MCC. It is left to be a mute spectator.

Here is the dichotomy: Nepal’s Supreme Court has power to invalidate the prime minister’s anti-constitution ordinance. It also can order the country’s president to appoint a new prime minister. But as things stand now, this powerful constitutional institution can do nothing against the MCC. It is left to be a mute spectator.

In past couple of centuries, Nepal signed treaties, pacts and agreements with foreign countries that have undermined its long-cherished sovereignty. The first, in the present context, is the 1816 Sugauli peace treaty with the British, the second one is the 1950 Treaty of Peace and Friendship with post-colonial India. The third one is none but the MCC with the US.

Some readers may question this conclusion: how could it be? It is only a five-year project.

But it is not. So long as there is poverty in Nepal, the MCC retains its presence here. It is going to be an eternal factor.

One important point missed by supporters of MCC is that there is no guarantee for the realization of the project objective from the US side, even if both sides have to invest US$ 630 million in five years. And the Nepal side surrenders all its powers—relating to ownership.

The Section of 4.1 of the 2019 agreement states, “MCC and the Government recognize that the effects of the Compact will be long-ranging and its impact on reducing poverty may not be measurable for several years after the Compact ceases to be in force.”

Listen carefully, Americans have said very clearly that US$ 630 million investment and efforts of five plus several years may lead to immeasurable results.

What is the logic behind this? Do you still think MCC is really serious about helping Nepal to alleviate poverty? Do you still believe that MCC comes to Nepal to help the government to strengthen good governance, economic freedom and investments in people?

The reasonable explanation is that the US hopes Nepal stays poor and weak all the time and in dire need of assistance from the US forever so that Americans can act on their own will here, defying Nepal’s constitution.

Most of the credulous people have thought that activities of MCC would revolve around the 300 kilometres of a double-circuit 400 kilovolt transmission line and improving road conditions.

If the real tasks of Americans are to complete these hard projects, why are they bent on assuming supreme power through so many calculations?

A question then begs answer: if the real tasks of Americans are to complete these hard projects, why are they bent on assuming supreme power through so many calculations?

A part of answer lies in the section 2.5 “Social and Gender Integration Plan”. According to 2019 agreement, “MCA-Nepal will develop a comprehensive social and gender integration plan.”

Under this plan, MCA-Nepal “identifies approaches for regular, meaningful and inclusive consultations with women and other vulnerable and/or underrepresented groups.”

Who will implement the plan? Non-profit organizations. Before MCC’s entry into Nepal, it has always been a huge challenge for the Social Welfare Council (SWC), established by the Nepal government, to observe and manage NGOs and INGOs from Western countries. Now like other institutions, SWC may be completely hopeless.

In its 58th annual report submitted to President Bidhya Devi Bhandari on August 20 this year, the Office of the Auditor General (OAG) recommends the government to carry out proper study of proposed projects from NGOs and INGOs, while stressing the need to refuse the foreign assistance that are offered with strings attached.

Of the US$ 630 million, how much will be spent on soft projects? Which NGOs and INGOs will be funded? What kind of vulnerable and underrepresented groups will get the promised financial support?

US$ 630 million programme means expanded employment opportunities. And MCC itself may need a few thousand officers and employees. They enjoy the immunity like recognized diplomats.

According to MCA-Nepal Hiring Practices, “Officers and employees will be hired without regard to nationality or citizenship.”

Can US$130 million borne by the government provide some work opportunities for Nepal’s youths? It also depends on the favourable stand to be taken by the MCC!

In the Compact and in the agreement, the US side has almost considered all risks for itself while implementing them like “any purpose that would violate United States law or policy”; “a substantial loss of United States jobs or a substantial displacement of United States production,”. But there is no sentence mentioning Nepal's protection of national interests.

The conclusion beyond all disputes is made clear: Nepal side is supposed to behave like a driven cattle.

After racking up all selfish calculations and digging out all cattish conspiracies contained in the documents, the conclusion beyond all dispute is made clear: Nepal side is supposed to behave like a driven cattle.

Why should Nepal’s immediate neighbours bother about MCC? Part of the answer to this question lies in the possession of supreme powers by a US company under the control of the US government which is set to be functional with little regard for Nepal’s laws. In these circumstances it is natural for Nepal’s close neighbours, India and China, to keep a vigilant eye on the activities--and inevitable consequences--of the MCC.

Geopolitically, the wisest choice for Nepal now is to decline to accept the MCC---lock, stock, and barrel.

Unfortunately, it might be too late for Nepal to get out of the rain.

A lot of Nepalis were happy when the Deuba-led government’s Common Minimum Program came out around two weeks ago, without mentioning MCC. However, in contrast with common impression, the MCC can move ahead without the approval of the parliament.

The 2017 compact expresses, “The Government must have submitted evidence to MCC that the Electricity Regulatory Commission bill has either been passed by the Federal Parliament, or that progress, satisfactory to MCC, is being made on the passage of the bill.”

Now we can understand why some ministers of Oli-led government reiterated that MCC must be endorsed by the Parliament at any cost. Oli himself had asked other political parties to support it. They just wanted to make MCC people satisfied. While the two sides--for or against MCC--are locked in fierce debate over why the US demands the parliament to ratify the compact, as a Dutch proverb suggests, the still sow eats up all the draff.

In the near future, for self-protection, Nepal might have to request both the close neighbours to observe the MCC because when some irreconcilable disputes happen in Nepal’s territory, Nepal can only get justice from the international community since the agreements with the US are governed by international law.

After spending few weeks to study the MCC documents, collecting diverse opinions from local media, as well as talking to the elites of Nepal’s society, I do hope all Nepali people will become aware about how small countries are lured to disaster through huge loans guaranteed by MCC.