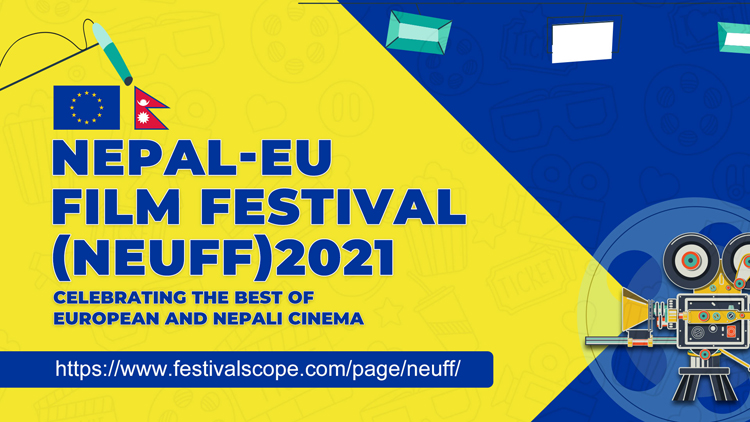 Kathmandu, 16 September (2021) - The 10th edition of Nepal-EU Film Festival is going to be organised from Friday.

Now into its 10th edition, the NEUFF has brought 15 award-winning titles plus 24 other films from 14 European countries to the Nepalese audience from September 17 to 25.

“Despite the hardships that have come with the pandemic leading cultural activities to come to a standstill, we keep promoting cultural exchanges and fusion between Nepal and the European Union through the online screening of some of the best European and Nepali films,” said Stephane Maicon, Charge d’ Affairs at the Delegation of the European Union to Nepal.

Similarly, the environmental film from India, ‘I Cannot Give You My Forest’ directed by Nandan Saxena and Kavita Bahl received the National Film Award for best agriculture film.