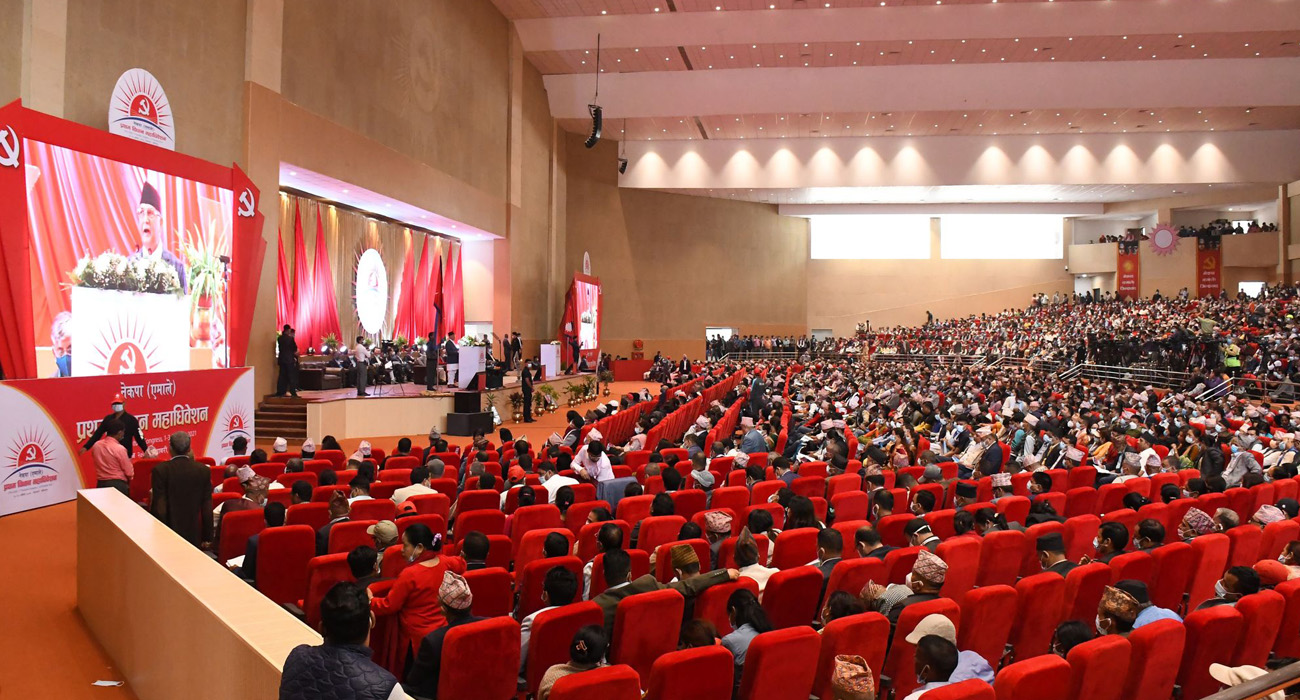 Lalitpur, 3 October (2021) - Group discussion is underway on the report presented in the first statute general convention of the CPN (UML).

The presentation of the group discussion at the plenary is yet to take place for two groups. This will be followed by the response from report presenters and passing other contemporary resolutions. The convention will also elect the Central Election Commission before coming to a close later today.

A total of 6,347 delegates are participating in the ongoing general convention being held in Godavari of Lalitpur.