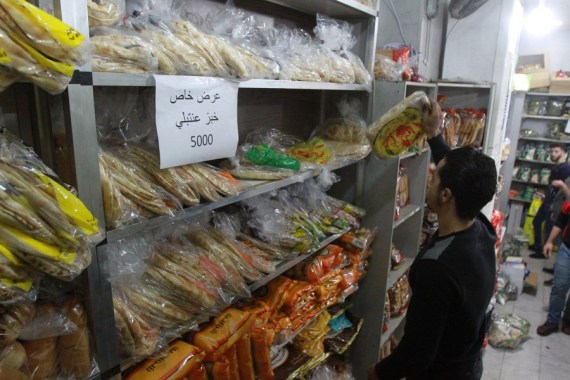 Beirut, 17 December (2021) - Opinions differ among experts about the decision of Lebanon's central bank to allow cash withdrawals from bank deposits denominated in U.S. dollars at the exchange rate of 8,000 Lebanese pounds (LBP) per dollar instead of the previous 3,900 LBP per dollar.

The central bank has also set a withdrawal ceiling of 3,000 dollars per month equivalent in Lebanese pounds for account holders.

Bassem El-Bawab, a business instructor at the American University of Beirut, told Xinhua that the new measure will only give a temporary benefit to depositors by allowing them to strengthen their purchase power in the festive season. However, it will also push up the price of the dollar in the parallel market which actually determines the prices of most commodities in Lebanon.

"Therefore, prices of goods and services will witness a new rise," he concluded.

El-Bawab said the decision will force the central bank to print more currency to pay for the increase in withdrawals. Given the stalled economy in Lebanon, more currency will lead to hyperinflation.

"For example, when the economy grows by 5 percent, we can increase our money printing by 5 percent accordingly. However, we have already increased our printing of currency by seven times while the economy has not been growing at all," he explained.

Nassib Ghobril, head of the economic research department at Byblos Bank, told Xinhua that the new circular will not cause the central bank to print more money because it has restricted withdrawals to 3,000 dollars per month.

A woman asks a supermarket worker about food prices in Tripoli, Lebanon, on Dec. 16, 2021. (Photo by Khaled Habshiti/Xinhua)

Instead of linking the new central bank's move to a possible increase in the price of the U.S. dollar in the parallel market, Ghobril attributed the rise in the dollar price to the sudden stop of capital inflows.

"We have failed to attract any capital inflows to the country after having defaulted on our Eurobonds, causing a shortage of U.S. currency in the Lebanese market," he told Xinhua.

In addition, the 13 months of governmental vacuum, institutional paralysis, and the lack of credible reform measures gave a chance for speculators to control the parallel market, the Lebanese economist said.

The lack of proper control and supervision by the government is also a reason for the increase in the prices of goods and services, he added.

Lebanon has been witnessing the worst financial crisis in its history amid plummeting confidence in the government's ability to settle the country's economic and financial difficulties.