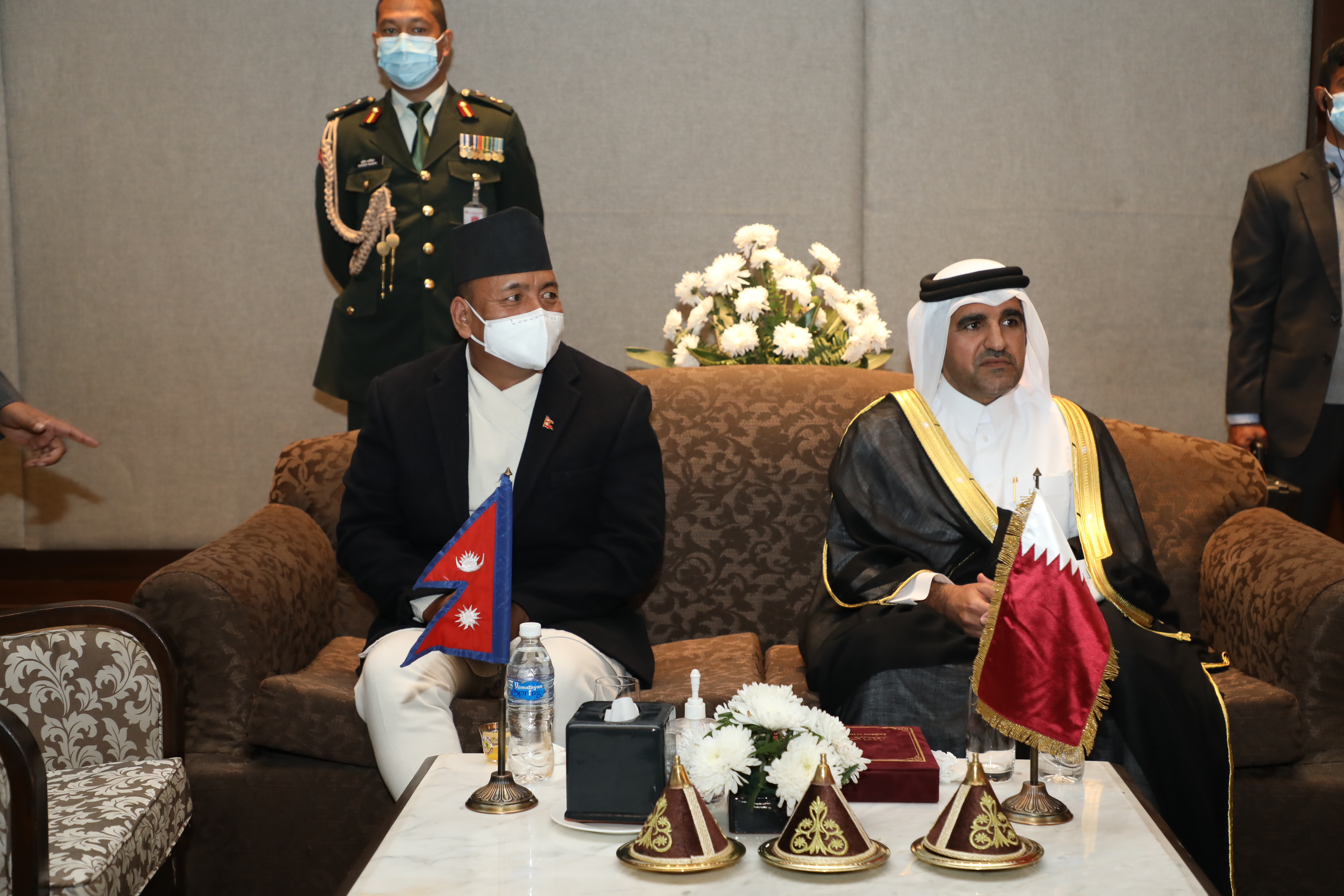 ( (1 Excellency, could you brief us about the history of Qatar's National Day ?

Qatar National Day celebration is held to commemorate the founding of the State of Qatar by the founder Sheikh Jassim bin Mohammed’s accession on December 18, 1878 and is celebrated on December 18 every year. It was decided to consider this day a holiday by a decree issued by the Amir and then Crown Prince Sheikh Tamim bin Hamad Al Thani on June 21, 2007. Qatar National Day emphasizes the identity and history of the country; It embodies the ideals and hopes upon which the state was built, and also honors the men and women who participated in building the state. December 18 is the day Qatar remembers how it succeeded in achieving its national unity and how it became a distinguished country. It is a day to express feelings of love and gratitude to the great people of Qatar who participated in solidarity and swear allegiance and obedience to its leader Sheikh Jassim bin Mohammed Al Thani. The National Day of Qatar represents an opportunity to learn about the work of the founders of the State of Qatar who endured difficulties and paid a heavy price to achieve the unity of their nation and celebrate their memory. This celebration aims to introduce Qatar’s heritage and appreciation, and enhance pride in the State of Qatar.

(2) This year how Qatar celebration Qatar's National Day ? What are the activities of this day in Qatar and out of Qatar? I mean Qatari missions abroad ?

There are various forms of celebrations that are held in the State of Qatar on the occasion of the National Day 2021, the Qatari flag is flying in its maroon color, and flags are hoisted over homes and institutions to celebrate this great day. Decorations for Qatar National Day are everywhere in the streets of Qatari cities, and the country is adorned with joy on the founding day. Pictures of Sheikh Jassim bin Mohammed Al Thani and  Amir Tamim bin Hamad Al Thani are hung as leaders of the nation, makers of glory and civilization, and pioneers of development and modernization in the State of Qatar. Special offers and sale are applied for all goods in various Qatari stores and restaurants on this occasion. On the Qatari National Day, special seminars and lectures are held that define this day and its importance and show the importance of the unity of the Qatari people under the banner of the nation and the solidarity of the people for the development, construction and modernization of the country.

All Qatari diplomatic missions around the world hold National Day celebrations honored by government authorities and invite participants from various sectors of society in the host country and accredited diplomatic and consular missions.

(3) What is the slogan for Qatar National day this year? What is the meaning and message of this slogan?

According to the announcement of the National Day celebrations’ organizing committee, the official slogan of Qatar National Day 2021 celebrations which will be held in various Qatari cities, is: (Ancestral meadows: a matter of trust)

“The slogan means that Qataris have been closely related to their environment since ancient times, in which they were raised and affected by its characteristics, so they coexisted with its nature, the colors of its soil and sea, and the changing seasons and their search for it until it formed an important and influential part in their existence and building their personality and identity..”,

(4) How you remember our nepalese workforce in development of Qatar ? What are the more possibilities for Nepalese on the vision Qatar 2030 ?

(5) Excellency,  large number of Nepalese people residing and working in Qatar keep asking us about the continuation of their work in Qatar, even before the beginning of the FIFA world  cup or after the  FIFA world cup, Excelncy, could you please let us know the policy of the State of Qatar regardig this issue?

The State of Qatar has taken all steps that would ensure the rights of the workers, and procedures to take care for them, and the two countries are seeking to update the employment agreement signed in 2005. We recently witnessed the visit of a high-level delegation from the Qatari Ministries of Labor and Interior within the framework of the Joint Labor Committee, this visit confirms the State of Qatar's keenness on more cooperation in this field, the visit of the delegation and the updating or development of the agreement confirms the interest of the State of Qatar in continue cooperation with Nepal in this field, and cooperation will continue beyond the 2022 World Cup. The Qatari delegation has posted the agenda of cooperation with Nepal in the fields of the public sector, the private sector, domestic workers and this employment is not related to the World Cup, but rather an enhancement of this bilateral cooperation, and I would like to stress that the government of the State of Qatar wishes to cooperate with Nepal due to the honorable record of Nepali labors, their discipline, commitment to laws, and their excellent performance.