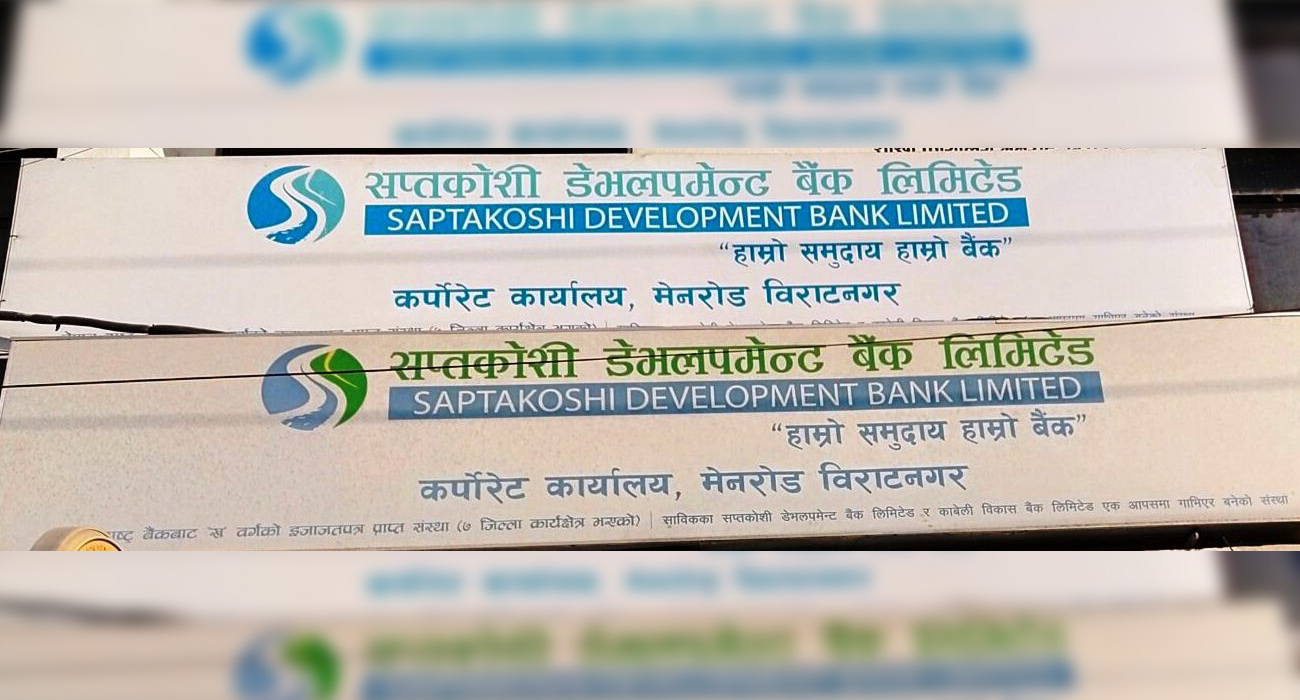 Biratnagar, 24 December (2021) - An employee has been arrested from the corporate office of Saptakoshi Development Bank at Biratnagar branch for embezzling 160 million rupees.

District Police Office, Morang informed that Chief of General Service Department (GSD) Himal Bhattarai has been arrested in the case.

Nepal Rastra Bank had written to Saptakoshi Bank about financial mismanagement following a secret complaint lodged by an employee.

Chairperson of the Board of Directors Dr. Arjun Baral said," We came to know about it only after Rastra Bank wrote to us."

The police, CIB and Rastra Bank have been separately investigating on the matter. Baral said that the reality will come out after the investigation.

District Police Office Spokesperson DSP Deepak Shrestha said that the investigation on Bhattarai had started from December 5 after the complaint was filed. The Supervision Department of Nepal Rastra Bank and CIB also have been investigating the embezzlement case.

Bhattarai had been handling the responsibility as GSD chief under remittance department. He is also the Saptakoshi Bank CEO Navin Subedi's cousin.

The bank had removed the then Chairman of the bank Taranath Niraula after the issue of financial mismanagement came to public notice. He was again appointed to the post on November 17.

Also a UML leader, Niraula is an employee at Municipality Office, Biratnagar.

Chairman of the bank Baral said that depositors and investors' money is safe despite the incident.

He also claimed that the bank's profit would be affected for now due to financial mismanagement but it will be recovered from the employee. He also said that internal investigation is being carried out on this case.

The central office of Saptakoshi Bank, which has a Class B license from Nepal Rastra Bank, is in Dhankuta.

The bank has 36 branches in Province 1. The bank has a deposit of 4.30 billion rupees. Kaveli Development Bank had merged with Saptakoshi Bank.