Focus on development of revolutionary ideas and policies, says Prachanda 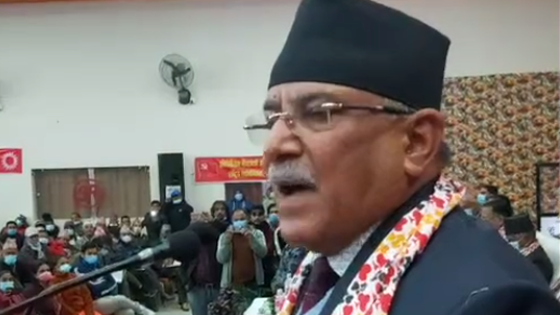 Kathmandu, 26 December (2021) - CPN (Maoist Center) Chairperson Pushpa Kamal Dahal 'Prachanda' has appealed to the proletariat around the world to focus on the development of new revolutionary ideas and policies in the light of the Maoist worldview.

He made the appeal on the occasion of the 129th birth anniversary of Chinese Communist Party leader Mao Zedong. Mao was born on December 26, 1893.

In a message on the occasion, Dahal described Mao as a true follower of Marxism-Leninism and a true Maoist leader who was developing new ideas and policies. He said that his contribution was sovereign for the proletarian movement all over the world.

According to Dahal, the Maoists are going to hold the historic 8th National General Convention for the formation of a new revolutionary ideology and revolutionary party by taking the opportunity of Mao Jayanti to lead the socialist revolution to fulfill the remaining tasks of the democratic revolution. He has appealed to the delegates of the General Convention, party leaders and cadres and the people to be fully focused on the debate on the development of new line of action in the light of the evolving challenges and possibilities of today's world.