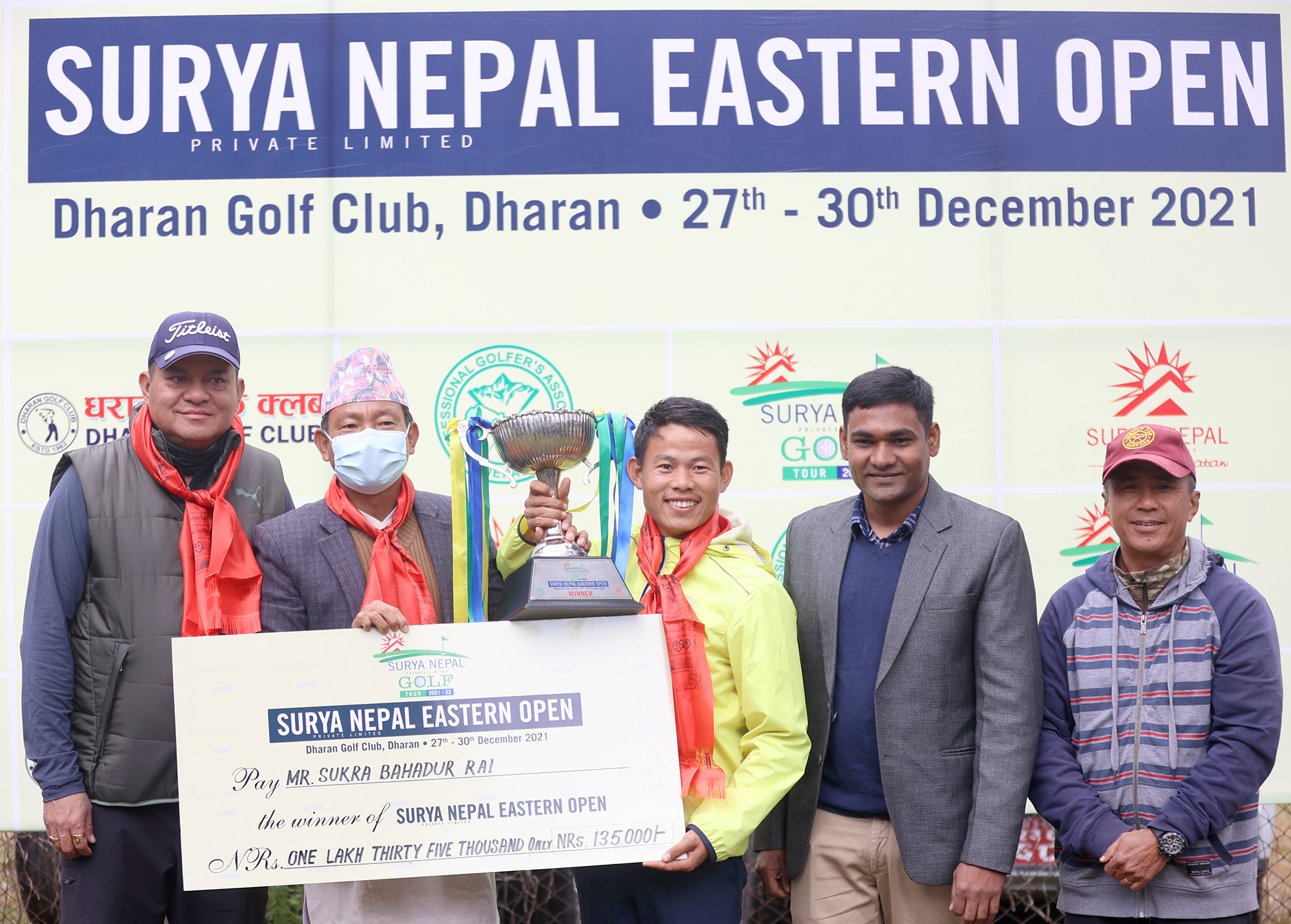 Sukra carded one-over 71 on the cold, windy and rainy final round for a total score of one-under 209 to register comfortable five-strokes victory over amateur Subash Tamang. With the win Sukra got Rs. 135,000. Subash carded a round of two-under 68 for a total score of four-over 214 to lift the amateur trophy.

Amateur Yubaraj Bhujel was second among amateurs with the total score of 13-over 223 and Sadbhav Acharya finished third at 17-over 227.

Tanka Bahadur Karki, Bhuwan Nagarkoti, Bhuwan Kumar Rokka and Dinesh Prajapati were tied eighth at 14-over 224 and earned Rs. 30,000 each.

A total of 48 golfers, including 30 pros and 18 amateurs, took part in the 54-hole tournament organised by Nepal PGA under the sponsorship of Surya Nepal Pvt. Ltd. that carried a purse of Rs 775,000 and top 21 pros received their share of cash prizes. Mayor of Dharam Sub- Metropolitan Tilak Rai, Nepal Police AIG Hari Pal, Asst. Brand Manager of Surya Nepal Pvt. Ltd. Navin Saroj and Dharan Golf Club President Birendra Bikram Limbu handed over the prizes to the winners of the tournament.

The tournament will end with the Pro-Am event on Thursday with total of 65 golfers, 13 professionals and 48 Amateurs.