The United States of America: A City Upon Theft 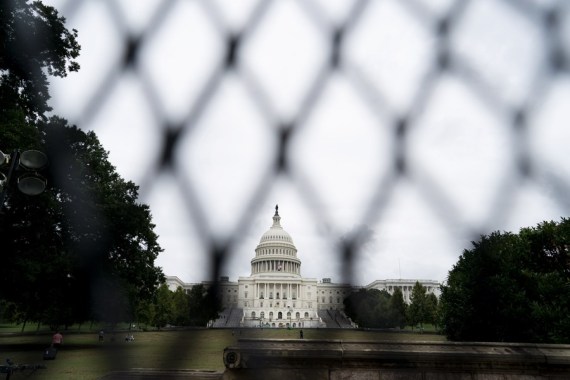 Beijing, 12 January (2022) - Former U.S. Secretary of State Mike Pompeo once boasted, "We lied, we cheated, we stole." Although widely dubbed as Mr. Liar, Mr. Pompeo couldn't have been more honest. The infamous statement is a reminder of "the glory of the American experiment" -- one based on a history of pillage and theft indeed.

Since the founding of the country, the United States has frequently attempted to steal from other countries to sustain its own survival and development.

Tench Coxe, Alexander Hamilton's deputy, used to create a system of bounties to entice sellers of trade secrets and send agents to steal machine drawings. Samuel Slater, "the Father of the American Industrial Revolution," was in fact a "Traitor of Britain" who stole the designs for spinning machinery from the U.K. and started his own business in the United States. And designs for the first power textile weaving machinery in the United States was also plagiarized from the Brits by a man named Francis Cabot Lowell.

It's fair to say that the foundation of the American industrial revolution was stolen from the U.K. Recalling that part of history, even Foreign Policy magazine admitted "we were pirates, too."

The United States made big technological advances during the Cold War by plundering from its once enemy. As Tom Bower's book The Paperclip Conspiracy disclosed, the United States initiated Operation Paperclip after WWII, enlisting hundreds of scientists and technicians to secretly collect mass documents and patents in Germany on the most advanced science and technologies.

It went even so far as to take thousands of German scientists, along with their families, into custody in internment camps to debrief American scientists on their research. German scientists in almost every field, ranging from advanced aircraft, guided missile control and in-flight refuelling to precision optics, infra-red detectors and acoustic weapons, were forced to migrate to the United States. Operation Paperclip was so successful and profound that even the Apollo Project benefited tremendously from it.

In the years that followed, the United States continued its tradition of stealing to out-compete its rivals.

In the 1990s, U.S. intelligence agencies installed eavesdropping devices in the cars of Japanese negotiators during automobile trade talks. In 2001, Airbus sued the Boeing company for routinely tracking telephone, fax, and e-mails to steal business secrets. The spying tool used by Boeing happened to be an electronic surveillance system named Echelon developed by the U.S. National Security Agency.

However, stealing is not enough to satiate America's desire to maintain its dominance in technology. Unilateral sanctions, or long-arm jurisdiction, have been frequently employed to punish "unfriendly" targets and even take over competitors.

In 2013, the U.S. Department of Justice detained several executives from Alstom as "economic hostages" to force the French company into a fire sale of its core business to its U.S. rival General Electric. In his book The American Trap, Frederic Pierucci, a former senior manager of Alstom, revealed he had been detained for five years and had to plead guilty to U.S. charges. The investigations by the U.S. Department of Justice ended in GE's 17 billion U.S.-dollar takeover of Alstom in 2014.

The latest illustration of the "American Trap" was the detention of Meng Wanzhou, a senior executive at Huawei, for over 1,000 days in Canada, in a bid to contain the development of the Chinese technology giant. The only difference was that the United States wasn't so lucky this time: China resolutely stood up to U.S. bullying and Meng was released.

The above is nothing more than the tip of the iceberg of state-sponsored larceny by the United States in its 245 years of history. From high-tech to business and trade, its tentacles are far-reaching. It seems that the United States is haunted by the paranoia that other countries could end its reign of global supremacy.

As a country established by pious Puritans with strict moral principles, it seems that the United States has forgotten what Moses taught in the Ten Commandments -- "Thou shalt not steal."