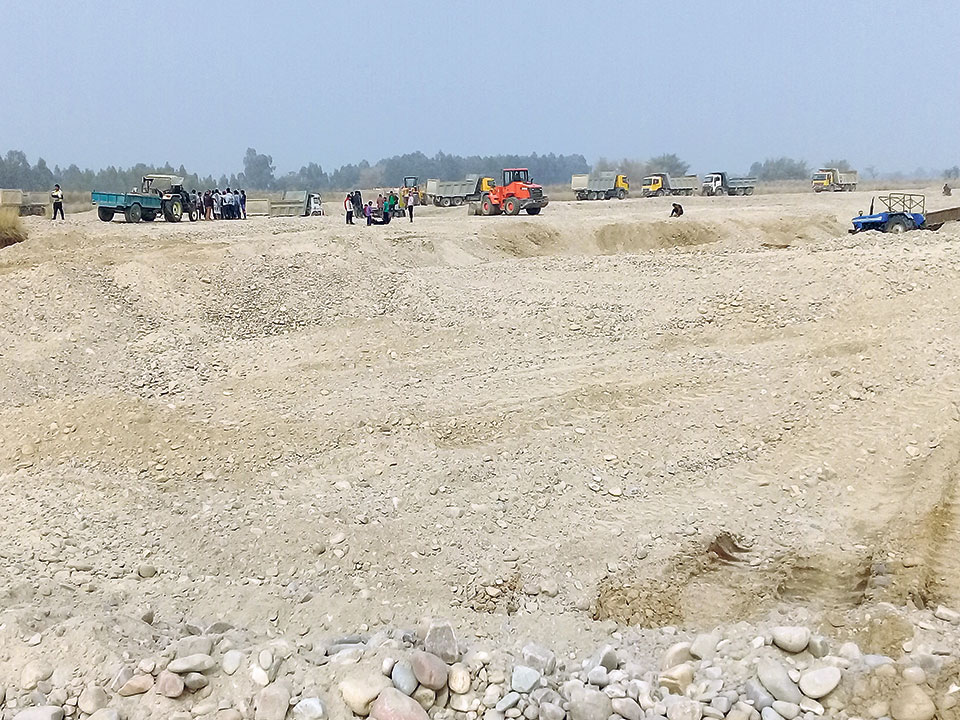 Mahottari, 17 January (2022) - People's representatives at Bardibas Municipality have pledged to end rampant extraction of river products and shut quarries in operating illegally within the local level.

Bardibas has become a hub for the extraction of river products illegally.

Their commitment to this effect follows complaints that the municipality leadership did take no initiatives despite rampant extraction of sands and pebbles at more than 20 areas in the local level.

"We will shut quarries operational illegally. All quarries within the local level have been asked to prove their legality. Now, they will be regulated," the municipality mayor Bidur Kumar Karki said.

He also pledged to effectively implement the guidelines related to extraction of river products.

But the local opposition parties have said the Mayor's decision came too late when the term of the present local representatives is about to come to an end. They alleged the Mayor of trying to earn political mileage by making this announcement before the local election.

The existing local governments can stay until the latest by May 20 this year as per the legal and constitutional provisions. Elections must be held 15 days before the existing representatives’ terms end so that new ones can replace them.