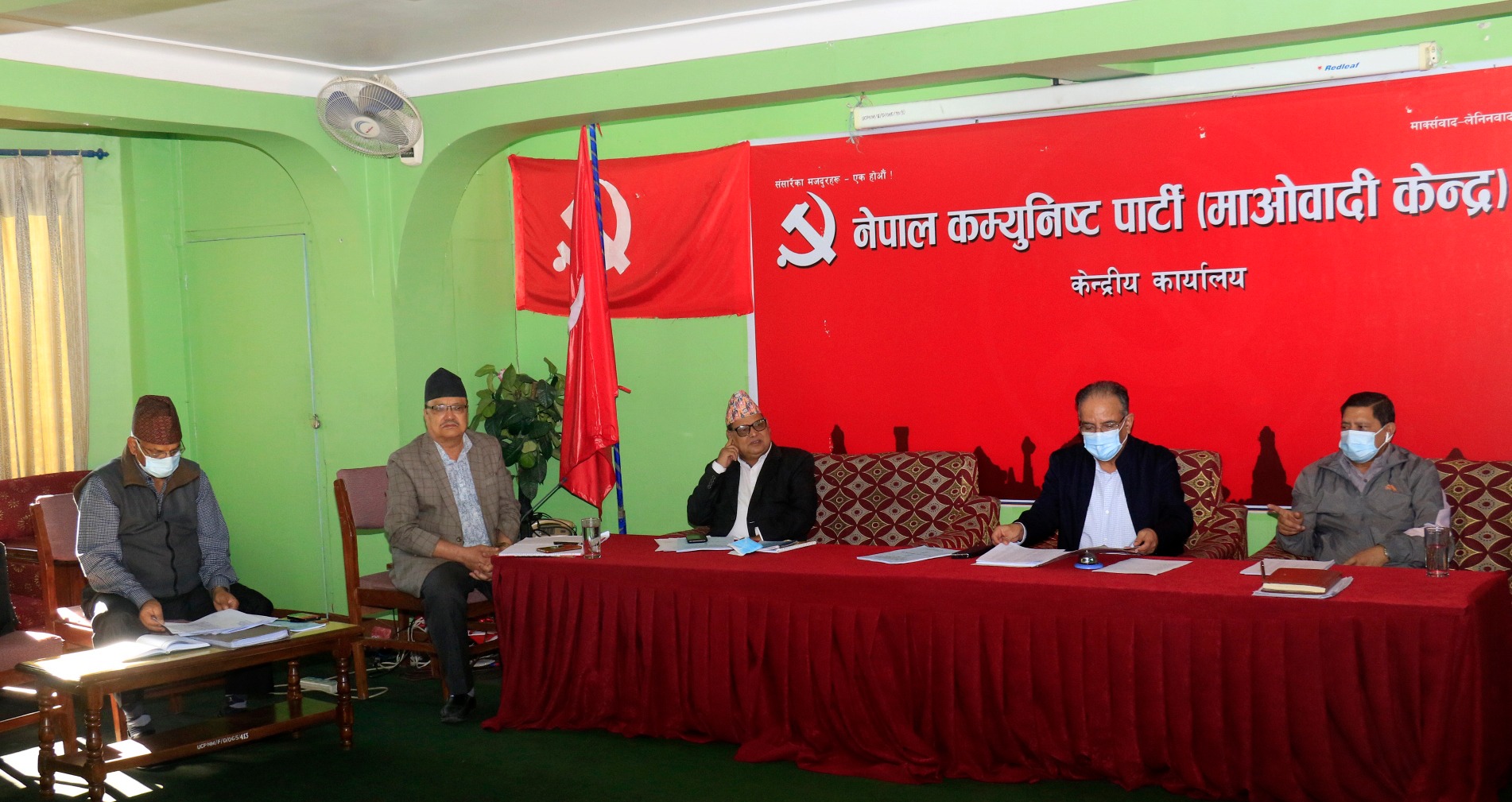 Kathmandu, 6 March (2022) - The central committee meeting of the ruling CPN (Maoist Centre) has been rescheduled to take place at 2 pm today. Earlier, the meeting was actually slated for 11 am today. The venue for the meeting is a party palace at Battisputali, said secretary of the party central office, Shreeram Dhakal.

In the meeting, party chair Pushpa Kamal Dahal 'Prachanda' is slated to respond to queries raised on the recently ratified US-aid Millennium Challenge Corporate compact. Similarly, issues of the selection of party standing committee and politburo members and the addition of members to the party central committee would be discussed, said the party office.

Meanwhile, following the meeting, the party will focus on its preparations for the local level election slated for May 13, it has been said. The party has yet to select other office bearers of the party except its chairperson through its recently held eighth general convention.