What can Nepal learn from Ukraine crisis? 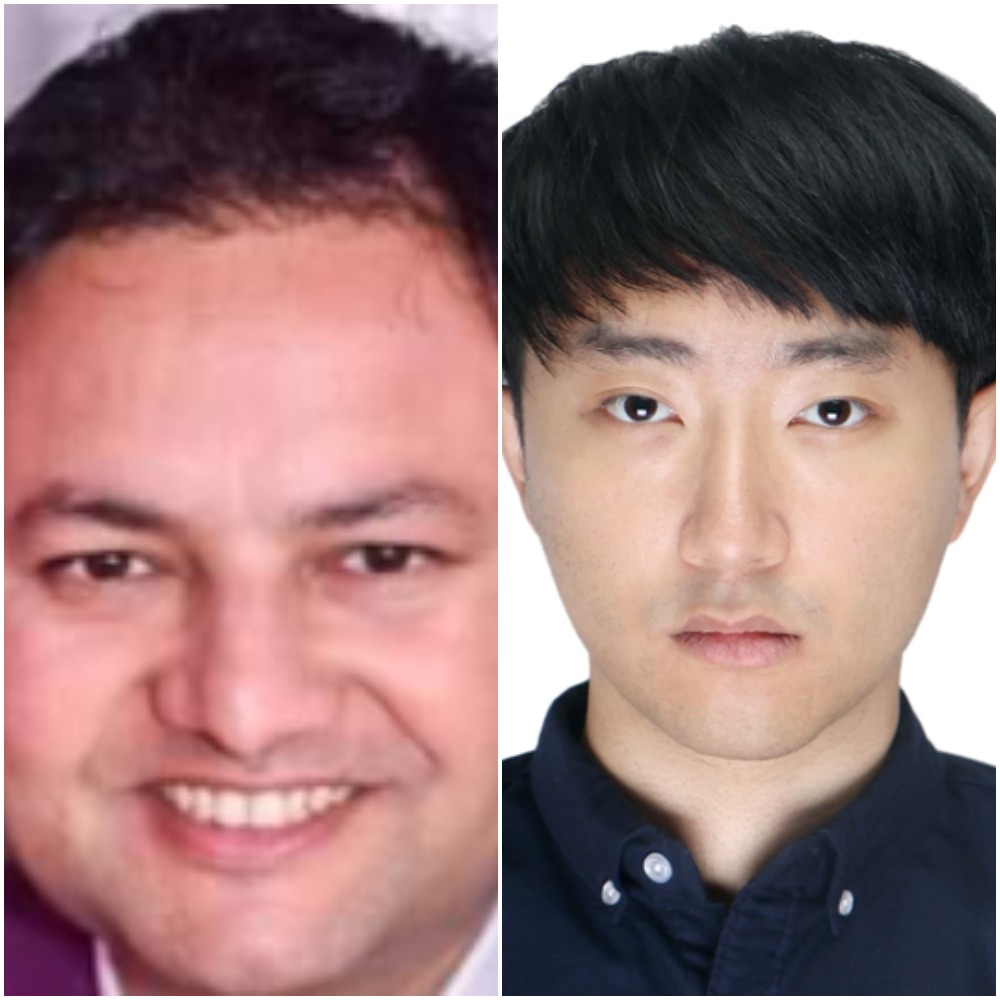 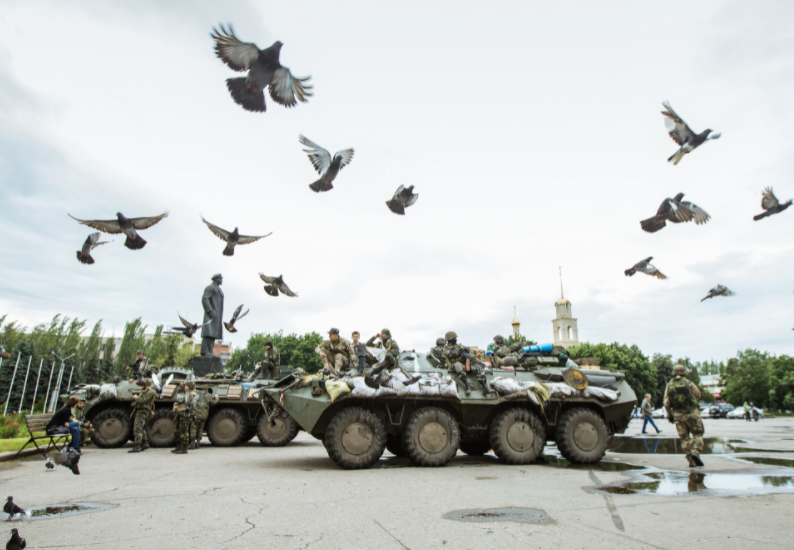 The ongoing war between Russia and Ukraine is certainly one of the most striking events in the twentieth century. It is very likely to become a milestone in global history, opening a new chapter that marks the decline of the Western-centric world order established in 1991.

The geopolitical significance of this war is at least on the same level, if not larger, than the US invasion of Afghanistan and the Middle East after the September 11 incident. Many do suspect that the current Russia-Ukraine conflict would possibly open the gate for a so-called “New Cold War”. The ultimate question is how the events boiled down to the current situation.

The ongoing war is a perfect example that illustrates how security dilemma can prompt a global power to utilize all possible methods to defend its security, even at the expense of the peace and stability of a region. No matter the result, Ukraine, as a relatively small state dragged into the conflict between Russia and the United States, is doomed to become the largest loser of this war.

The lesson Nepal can learn from the ongoing mess in Ukraine is profound. Relatively small state between two giants should neither take sides in the fight among giants, nor be used as a tool or footstool by one global power against another. In the current situation in which the Nepali Parliament just ratified the Millennium Challenge Corporation (MCC) Nepal Compact, the negative example of Ukraine is particularly worthy for Nepali people to critically examine and to avoid repeating the mistake of Ukraine. However, some explanatory remarks on the MCC pact has also been endorsed by the parliament to allay Nepali people's fears about the US Indo-pacific Strategy.

No matter the result, Ukraine, as a relatively small state dragged into the conflict between Russia and the United States, is doomed to become the largest loser of this war.

The overwhelming narrative promoted by the corporate media of the West often describes the current Russia-Ukraine war as Russia’s sudden “invasion” of Ukraine which sabotages peace and stability of the region. Those Western media outlets, however, deliberately conceal the truth that the fundamental cause of this current war is in fact not so-called Russia’s desire for expansion, but NATO expansion into the former East European socialist bloc states and former member states of the USSR.

In their discussion about the reunification of Germany in 1990, American leadership promised to its Soviet counterpart that NATO would not expand even a single inch to the East. But they flagrantly violated the promise and pushed NATO for five waves of expansion to the East after the dissolution of the USSR respectively in 1999, 2004, 2009, 2017, and 2020.

It is important to emphasize that NATO expansion is not always peaceful, and in fact NATO launched the largest war in Europe after 1945: The war against Yugoslavia. In this war, NATO disregarded disapproval from the UN, continuous protest from Boris Yeltsin’s Russia, and demand for peace from the entire world. The NATO bombing in Belgrade was particularly bloody, and even the Chinese embassy at Belgrade was bombed during the invasion. Those aforementioned waves of NATO expansion to the East and the war against Yugoslavia destroyed any element of trust between Russia and the West, and eventually caused Putin’s Russia to increasingly move away from the West for self-defence.

Considering this background, one would not be surprised that Russia is now utterly suspicious of NATO so much so that it launched a war to stop NATO expansion into its border. As President Vladimir Putin claimed in his speech, if Ukraine joins NATO and allows NATO to deploy lethal weapons on Ukrainian soil, NATO missiles could hit Moscow within several minutes at the fastest and it is no different from “a knife to the throat” for Russia.

Various international relations scholars such as Henry Kissinger and John Mearsheimer have been predicting for a decade about the pitfalls of NATO’s continuous expansion to the east. NATO's deliberate neglects of the legitimate security concerns of Russia would inevitably prompt the latter to believe that it could not safeguard its own national security through peaceful ways. Thus, war between Russia and Ukraine became inevitable. As Chinese Spokeswoman of Foreign Ministry Hua Chunying claimed, the current war is a “consequence of threatening and cornering a major power”, and NATO should certainly take responsibility for the current situation.

Since the Russia-Georgia War, Russia has already formed mature strategic mechanism on using limited local wars to solve its political disputes with other states, and military intervention has always been a viable option for Russia. Since the accomplishment of the Mishustin Reform in 2018, Russia has made spectacular achievements in military modernization. Rise of energy price caused by the pandemic also provides favourable conditions for Russia to counter Western sanctions at this moment. Thus, it is in fact quite rational that Russia seeks to use military means to force the Kiev regime to negotiate and compromise on the NATO issue. Russia resorted to military-technical means when it did not expect any major compromise through peaceful dialogue.

At this moment, despite all propaganda made by Western corporate media claiming that Russia wants to somehow “annex” the entire Ukraine, Russia has not yet used large army corps, heavy weapons, intensive air strikes, and a fierce siege against Kiev yet as westerners had predicted earlier. Russian paratroopers once landed and controlled the airport near Kiev in the first day of the war, but they still have not used the carpet bombing tactics used by NATO in Yugoslavia, Iraq, Afghanistan, Libya, and Syria. It seems like the Russians are still striving to preserve the door to negotiate with Kiev. They have not yet committed any of those war crimes and crimes of humanity that the US perpetrated while carpet bombing the Middle East.

Before taking one side, Nepal needs to properly analyse consequences of international politics and geopolitics.

In order to preserve peace and to protect civilians, the international world would want both Russia and Ukraine to engage in dialogues. Kiev should also strive to stop being used as a footstool and a weapon of the West against Russia.

Russia-Ukraine conflict offers profound insights for Nepal. Relatively small states should strive to be neutral and independent actors of international relations. They should serve as a peaceful bridge linking global powers rather than as a footstool of one global power against another.  However, Nepal protested Russian move and took side of Ukraine in the name of sovereignty. As an independent sovereign and non-aligned member, Nepal is correct in respecting the sovereignty of each nation. But without proper deep analysis of the consequences of the war, taking one side against another may cost expensive to non-aligned state like Nepal. Before taking one side, Nepal needs to properly analyse consequences of international politics and geopolitics.

Ukraine chose to totally side with the West against Russia, but what did it get in return? The Ukrainian people were used by the US as a pawn against Russia, and now it is the Ukrainian people, not the US, that suffer the most when Russia uses military means to defend its own security. Neither the US nor all NATO members are meaningfully supporting Ukraine in this crisis as they have been analysing their own loss and profit in the war.

The New York Times reported that the "United States and allied nations are reportedly discussing the line of succession for Ukraine government leadership in the event President Volodymyr Zelensky is captured or killed. The Ukrainian Constitution outlines that the speaker of parliament succeeds the president if anything should happen to them in office." One can surmise from this report that the US does not know how the war moves ahead.

Learning from Ukraine's mistake Nepal should be alert about the MCC pact of the US. Nepali people should analyse whether the US is trying to rehearse the Ukrainian toolkit to use the Nepalis as a weapon against Nepal's neighbour.