Dahal rules out collaboration with UML 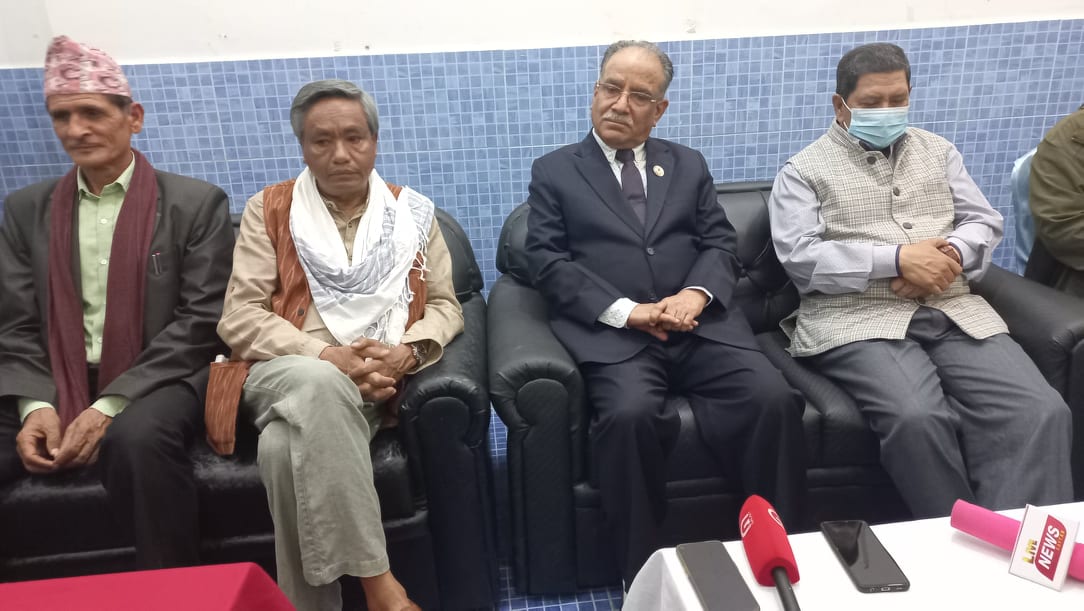 Morang, 13 March (2022) - CPN (Maoist Centre) Chairperson Pushpa Kamal Dahal 'Prachanda' said that there was no possibility for cooperation with the CPN (UML) at the moment.

In his address to a press meet organised here today by the Press Organisation Nepal, Province Committee, he hinted the possibility of an alliance with like-minded parties in the upcoming elections.

“There will be competition between the two sides: one contributing to institutionalise changes in the country and other trying to reverse accomplishments, resorting to House obstructions.”

He might have been hitting out the major opposition CPN (UML).

Dahal, also former Prime Minister said that they would reach out to public with their own ideology and vision and would emerge a winner in the upcoming May 13 local-level election.

According to him, the current coalition also emphasizes electoral alliance among the five-party coalition members in the government.

He shared that top leadership of the coalition parties had discussed with the UML to clear parliament obstructions by the UML itself but there was no consensus. "Hence, the coalition partners have agreed to hold the election within stipulated time by passing the bill amid the obstruction of the House."

On a different note, Dahal viewed that people would continue to come and go away from the party. As for the Rangeli Municipality's mayor quitting the Maoist Centre and joining the UML, Dahal commented that it was due to his personal interest.

He was also confident that the MCC with descriptive note would be implemented in a dignified manner and the US-grant aid will help in the development of the country.