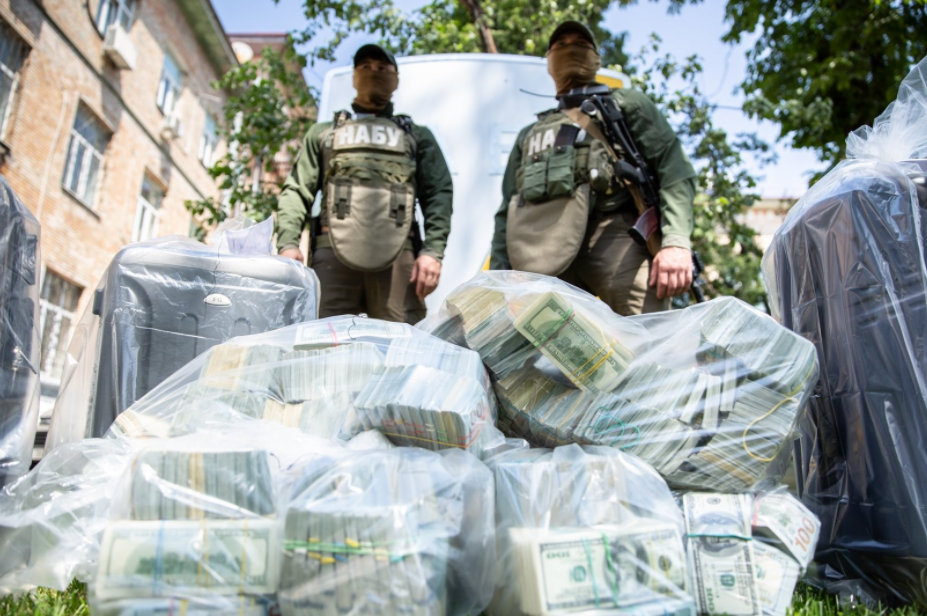 Besides possibility of rethinking on fossil fuel consumption, one positive outcome from Ukraine crisis could be the resurgence in global anti-corruption drives which, since last decade or so, have come to a standstill. The anti-corruption specialists are now reading Ukraine situation using the lenses of corruption.

Meanwhile, the Kangaroo court in Russia has implicated Alexei Navalny, a famous corruption fighter as well as Putin critique, of large scale fraud and contempt of court. He has been sent for nine years of imprisonment together with a fine of 1.2m roubles. He has dismissed the case as politically motivated and pleaded not guilty. This is a small example of how authoritarian regimes can use anti-corruption weapon to silence their opponents. Navalny has helped disclose Putin oligarchs hiding billions of dollars of stolen riches in foreign countries.

In terms of anti-corruption movement, Ukraine situation could be akin to 9/11 event. In the aftermath of 9/11, there was a resurgence of global anti-corruption drive primarily to counter terrorism, organized crime and corruption. The idea behind was that to fight terrorism and organized crime one need to focus on their funding sources. Hence the birth of twin global instruments, namely, UN Convention against Transnational Organized Crime and UN Convention against Corruption. One can fairly expect similar impact in the days to come. Already works are underway to fight money laundering, tax evasion and illicit financing at a global scale.

In terms of anti-corruption movement, Ukraine situation could be akin to 9/11 event.

There are interesting perspectives on corruption and anti-corruption when it comes to Ukraine crisis. First, thinking is underway that Russian advancement has been stalled primarily due to corruption within the Russian army. Required military logistic supplies might have been syphoned off by the army generals thereby paralysing the army movement. Who knows corruption may be an underlying factor for the use of conscripts? There is news that US$ 3 worth of canned food meant for the army is now available in the market pushing Russia to request China for the supply of these materials.

The Ukraine army is no less corrupt than the Russian army but experts assume that moral obligations supersede corruption tendencies. Could this be a war between corruption and moral values?

During the WWII, in order to avoid concentration camps, many Jews resorted to bribing Nazis. In a life and death situation, bribery could be legitimized as a social norm. Who knows people may face similar situation in Ukraine?

If corruption is helping to stall Russian invasion then it is also regarded as the primary factor triggering the crisis situation. The Russian kleptocrats and oligarchs have been threatened by the winds of change blowing inside Ukraine and Belarus. Remember, the orange revolution in 2004-5 together with anti-corruption demonstration in 2014 that ousted the corrupt regime of Viktor Yanukovych? Before fleeing to Russia, Yanukovych is reported to have left behind stacks of cash and gold that he could not carry. One of his residence palaces in Ukraine is now labelled as Museum of Corruption for public viewing.

Writing for the Guardian on how to solve Putin problem, Tom Burgis, the author of Kleptopia, writes that Putin is primarily propped up by the complicity of the West. He explains West’s complicity as twin pipelines. “One carries western money into kleptocracies to pay for natural resources; the other carries money back out again, after it’s been stolen, for safekeeping in the west’s property markets and universities and political parties.” He recommends, “If we wish to weaken him and his system of corrupt power, we must disrupt both pipelines.”

The historian Yuval Noah Harari opines that the economy that primarily depends on extracting and selling natural resources like fossil fuel, diamond and raw materials needs not be accountable to its people. They just extract resources and pocket the money. There is no need for public consent. That is exactly what is happening with the post-USSR Russia. It is a pariah state ruled by kleptocrats, plutocrats and oligarchs. The regime is propped up by the West helping to hide ill-earned money in shell companies in safe havens.

As a part of economic sanctions, there is a greater possibility of rethinking on cross border anti-corruption campaigns like detecting, preventing and controlling money laundering and illicit financial flows.

If corruption is factoring both as cause and consequence of Ukraine crisis; economic sanctions, including detecting, freezing and seizing of luxury properties owned and bank accounts held by Putin oligarchs, are being used as remedial measures. There are calls to confiscate luxury yachts owned by Russian oligarchs in Germany and Italy; some of them are reported to be parked in the beaches of Maldives as well. The world’s largest luxury yacht is reported to be owned by Putin. And Putin is expected to be one of the richest men in the world. He represents the confluence of the power and the wealth. One needs to remember that, for the sake of stability, powerful people should not be rich and rich people should not be powerful.

As a part of economic sanctions, there is a greater possibility of rethinking on cross border anti-corruption campaigns like detecting, preventing and controlling money laundering and illicit financial flows. Already some measures are underway. The Unexplained Wealth Order (UWO) in the UK helps to seize and criminalize unaccounted properties owned by politically exposed persons (PEPs) residing in Britain. In US, the Geographic Targeting Orders (GTOs) intends to curb illicit money in real estate business. Beneficial ownership is another area where works are underway to fight shell companies where kleptocrats often hide their stolen riches.

Media is reporting now that the economic sanctions including the seizure of properties of Russian oligarchs is gradually taking effect in terms of dissenting voices among Putin oligarchs. If corruption helped to sustain Putin power, will it also oust him from the power? We simply have to wait and see.