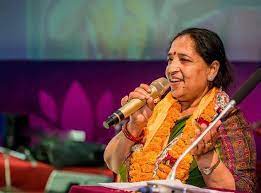 Damauli, 3 April (2022) - The Chettra Pratap Memorial Literary Award 2078 established by Geetal Pratisthan Nepal and Natak Manch Tanahu has been awarded to senior singer Haridevi Koirala. The award was presented to Koirala at a function held at Adikavi Bhanubhakta Campus in Byas Municipality-1 on Saturday.

The award was given to singer Koirala for her remarkable contribution in the field of art and culture, said Aakash Adhikari, chairperson of the Manch. The prize carries a purse of Rs 25,000.

Similarly, Geetal National Award 2077 has been given to poet Prollas Sindhulia and for 2078 to singer Raj Sigdel. The prize money is Rs. 7,000. Similarly, Geetal Talent Award 2077 has been given to folk singer Shankar Pariyar and for 2078 to folk singer Asha BC. The prize money is Rs. 5,000.

Scholar Sarubhakta Shrestha distributed the prizes to the winners.

At the event, Sunkeshari, a mahakabya written by Adikavi Bhanubhakta Campus Associate Professor Narayan Prasad Gautam was released. Critic Maha Prasad Hadkhale (Mahesh) said that this epic has added a new dimension in the field of Nepali literature.