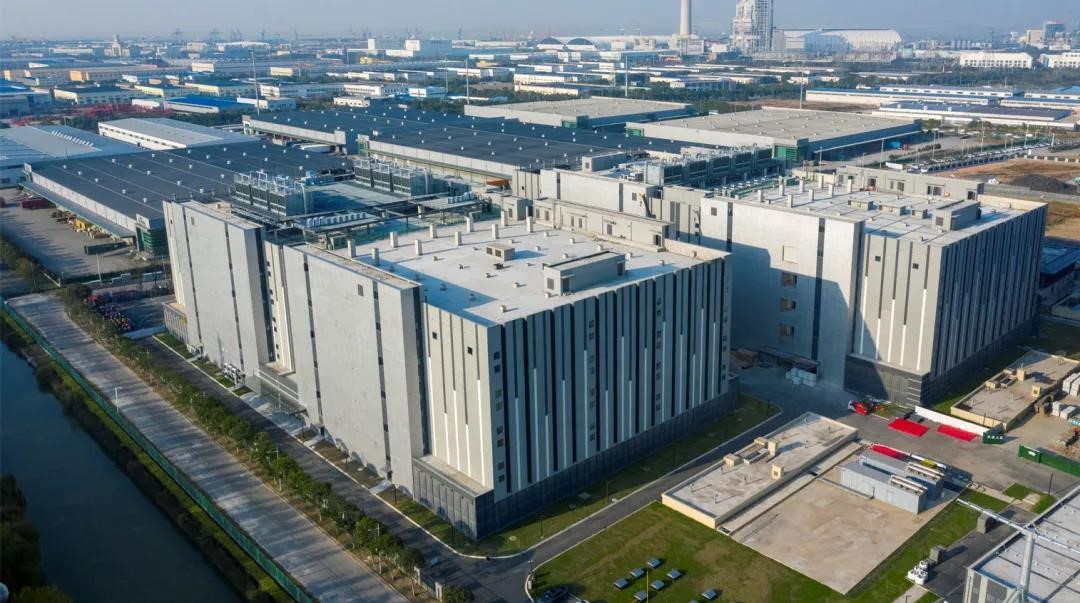 The rapid proliferation of green data centers in China may be attributed to the rapid development of the country's digital economy, which is driving a wave of green transformation among traditional data centers and resulting in the continual expansion of newly developed ones.

A green data center of the company, located in Shunyi district of Beijing, covers more than 15,000 square meters and houses over 2,000 equipment cabinets. It ensures smooth video streaming on the smart phones of users from thousands of miles away thanks to its real-time scheduling for computing power

The data center’s power usage effectiveness (PUE) ratio has been drastically reduced to 1.22 by far, said Yang Tao, vice president of GDS. According to him, the green data center, when running at full capacity, can save about 10 million kWh of electricity a year.

What brought down the PUE ratio for the GDS data center were the company's efforts to increase efficiency in both the supply and consumption of electricity.

So far, 34 percent of GDS data centers across China are using green electricity, according to Yang. Besides, the company is also able to make optimal decisions and optimize the use of equipment through dynamic monitoring of key indicators, such as server load changes, indoor and outdoor temperature and humidity, as well as the starting frequency of heating and ventilation equipment.

The number of data centers, known as the cornerstone of digital economy, has increased exponentially in China in recent years. However, their escalating energy consumption is causing growing worry, despite their impressive computer capacity.

According to data released by the Ministry of Industry and Information Technology (MIIT) and other authorities, 153 national-level green data centers have been built in three batches across the country.

Besides, the country has selected and promoted five batches of 157 advanced technologies to accelerate its pace to lead the green and low-carbon development of data centers.

It’s estimated that data centers in China accounted for 1.5 percent to 1.9 percent of the total electricity consumption in the country in 2020, according to Chen.

Besides, a new generation of information technology is significantly driving the demands for data storage, computing, and application, Chen said, adding it is also urgent to standardize the recycling and disposal of obsolete equipment from data centers to avoid environmental pollution.

By 2025, the computing power of data centers in China will rise to 3.3 times that of 2020, said a plan for the development of China’s information and communication sector during the 14th Five-Year Plan (2021-2025) period.

“Speeding up the construction of green data centers has become a basic requirement to ensure the sustainability of resources and environment. Besides, it is helpful for increasing the utilization efficiency of energy resources and achieving the carbon peak and neutrality goals,” said an official with the department of energy conservation and integrated use of the MIIT.

At present, quite a number of companies are actively developing new technologies for the green transformation of data centers.

In November 2020, an integrated energy station built by the Ningbo branch of the State Grid Corporation of China in east China’s Zhejiang province was put into operation. The data center of the energy station became the first of its kind in Zhejiang to use container-type equipment room with a liquid cooling system, which can save more than 430,000 kWh of electricity a year.

Alibaba Cloud, the cloud computing division of Chinese e-commerce giant Alibaba, has made available to companies its self-developed immersion liquid cooling technology. By immersing servers in a special insulating coolant to enable heat generated by servers to be quickly carried away to external circulation by the coolant, the technology can reduce energy consumption by over 70 percent.

Not long ago, China has approved a project to build eight national integrated computing hubs with 10 data center clusters across the country, completing the overall layout for the country’s national integrated big-data center system while indicating that its strategy to channel more computing resources from the eastern regions to its less developed yet resource-rich western regions is in full swing.

The east-to-west computing resource transfer project is expected to guide the development of data center industry in western China, which will effectively increase the utilization of renewable energy sources, including wind, solar, and water, in the country’s western regions and eventually achieve an effective balance between industrial supply and energy consumption.

By the end of 2023, the PUE ratio of newly built large and super large data centers in China will be reduced to less than 1.3, according to a three-year action plan on the development of large data centers between 2021 and 2023 released by the MIIT last July.

Such rigid targets and timetable are believed to further speed up the green transformation of data centers across the country.