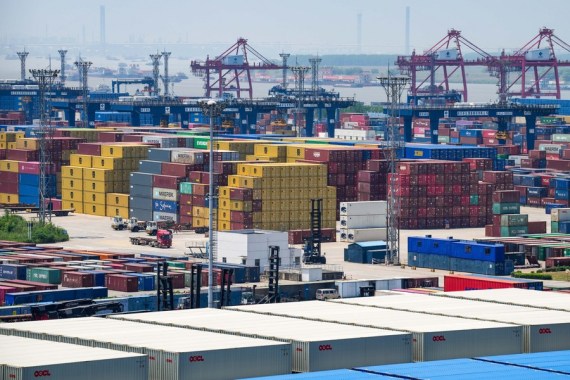 Beijing, 20 May (2022) - China has seen notable expansion in foreign trade during the past decade amid the country's efforts to build an open economy, an official said Friday.

The total imports and exports of goods have climbed from 24.4 trillion yuan (about 3.6 trillion U.S. dollars) in 2012 to 39.1 trillion yuan in 2021, further consolidating China's role as the world's largest goods trading country, Wang Lingjun, deputy head of the General Administration of Customs said at a press conference.

In addition to the sustained rise in trade volume, the country has also seen improvements to the structure of foreign trade, with new drivers successively emerging, Wang said.

During the past decade, efforts have been made in streamlining administrative procedures at ports, supporting the building of opening-up platforms, and promoting the orderly development of new forms of foreign trade, Wang noted.