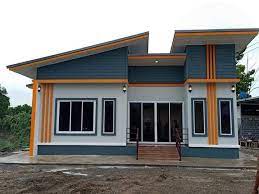 Jhapa, 27 June (2022) - Some 630 houses have been constructed to provide residential facility to the disadvantaged families in Jhapa Rural Municipality.

The houses were built on collaborative efforts of Jhapa Rural Municipality, Sahara-Nepal and Habitat-Nepal under the 'Safe Housing Programme and Sustainable Community Project'.

"Safe and strong houses were constructed targeting the disadvantaged families", he said, adding, "Some other houses are under construction process".

As part of the programme, houses were built focusing on the target groups, including most disadvantaged groups under poverty line, homeless, landless, backward groups, disaster-affected, women and people living with disabilities.

Jhapa Rural Municipality chair Jay Narayan Saha said government's lone efforts would not be sufficient to implement the constitutionally-guaranteed right to housing. The houses are being constructed as per the tripartite agreement among Sahara Nepal, Habitat-Nepal and the rural municipality.

Since 2007, Habitat-Nepal and Sahara-Nepal have been collaborating for the construction of houses in Jhapa, Morang, Sunsari and Udayapur as part of the project.