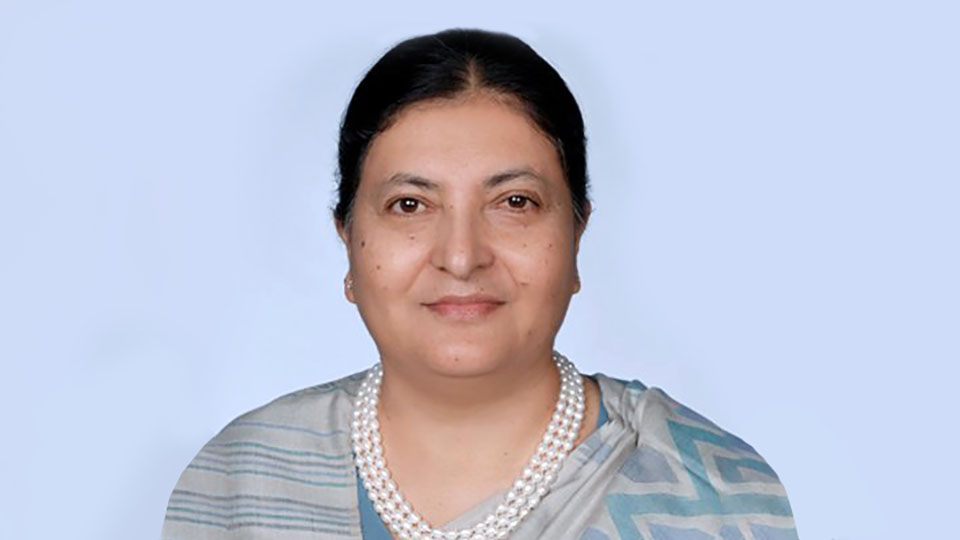 Kathmandu, 29 June (2022) - President Bidya Devi Bhandari said the report of the Office of Auditor General (OAG) indicates the increasing size of arrears, suggesting the need for a campaign to downsize it.

The Head-of-the-State in her address to the 64th anniversary of the OAG here today underlined the need of fiscal discipline to prevent arrears.

“Economic fairness will help establish the good governance,” the President said, seeking the attention of all bodies concerned towards that end. The President insisted on transparency in public finance behaviours, acknowledging the role of OAG report to make the public finance management effective.

As the President said, authorities ranging from the federal to local government should take the issues raised in the OAG report seriously.

Also speaking on the occasion, Finance Minister Janardan Sharma said the government was effortful to clear arrears and to enhance the fiscal management.   The Ministry was at work to settle the arrears worth Rs 676 billion remained so far, he added. “The issues of arrears clearance has been accorded priority in policies and programmes and budget for the upcoming fiscal year and the OAG will be provided necessary physical and financial assistance for the same.”

She drew the attention of the government to control unnecessary expenditures in foreign trips and be frugal at the time the country was reeling under economic difficulties.

Similarly, Auditor General Tanka Mani Sharma (Dangal) shared that report prepared through electronic auditing would be released from this year. Stating that the OAG could not observe office anniversary due to COVID-19 risks, he shared that a total of seven staffers were awarded this year for their best performance.

According to him, separate audit report of COVID-19 would be made public very soon. The OAG had adopted risk-based auditing system from this year, he said. It was shared that no encouraging works could be accomplished in clearance of arrears this year.

The OAG said that cases of irregularities were rife in local level. Effective implementation of OAG report was emphasized for restoration of good-governance.

Deputy Auditor General Ramu Prasad Dotel urged to embrace the issues that would ensure good-governance through the quality work of auditing.

The OAG has been auditing of over 6,000 public offices annually.