'Why govt is discriminating in remuneration of employees?' Parliamentarians question 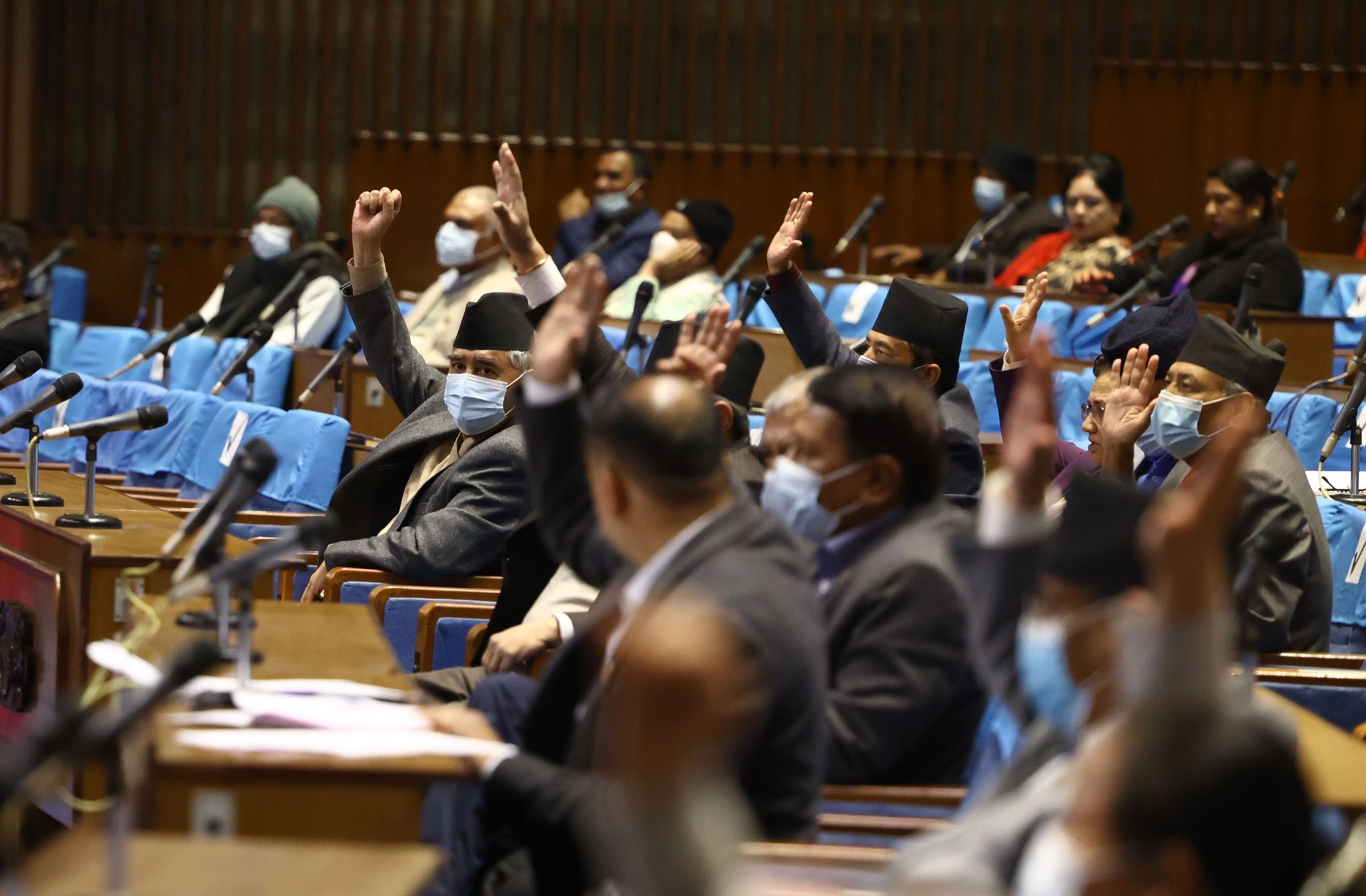 Kathmandu, 9 August (2022) - Parliamentarians of House of Representatives (HoR) voiced that the government should not discriminate among the civil employees when it came to remunerations.

Speaking in the special hour of the HoR meeting today, Hridayesh Tripathi viewed that it was wrong of the government to increase salary of some employees by only 15 per cent and some by 26 percent.

Tripathi further said, "The government has increased the salary of government employees from mid-July. But there is a doubt in it. There is going to a 15 per cent hike in salary for non-gazetted first-class officers and 24 to 26 per cent for non-gazetted ones due to which formers launched a protest. I want to draw government's attention towards it."

Stating that the Civil Service Act should be issued first after the promulgation of the constitution, he opined that there were issues in civil service in absence of the Act.

According to him, in absence of the Act, the Province Public Service Commission could not deliver. "Local Service and Province Service could not be formed. There are eight types of employees in the local level who are yet to be adjusted completely. The structure and distribution of Civil Service is faulty."

Similarly, Niradevi Jairu said that the flood in Saptakoshi river had affected the locals there and drew the attention of the government towards that. She also demanded that the garbage in Kathmandu Valley be managed properly.