Project chiefs should not be changed until project conclusion: NA Chair Timilsina 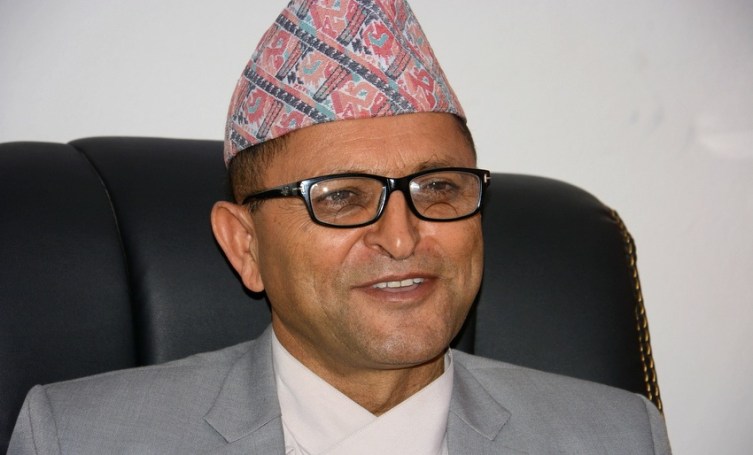 Kathmandu, 10 August (2022) - National Assembly chairperson Ganesh Kumar Timilsina has said that the chiefs of the national pride projects should not be changed until the conclusion of the projects for their timely completion.

NA Chair said this speaking in the National Assembly, National Concern and Coordination Committee meeting today. He reiterated that the project chief should not be changed soon with the change in the minister or secretary, except in case of the employees facing difficulties.

The NA Chair called for speeding up the construction of the Beni-Lete section of the Kaligandaki Corridor highway by resolving the problem seen in this section. He said works should be started for blacktopping the highway up to the China border.

"Since China has already constructed a customs building, it is necessary to construct the road on the Nepal side as well," he reminded.

Committee chairperson Anita Devkota opined that measures should be taken so that there is no any problem, including legal problems, in the national pride projects.

Committee member Dil Kumari Rawal Thapa (Parbati) said it looks as if the Kaligandaki highway is not going to be completed until its deadline fiscal year 2083/84 BS while another member Rajendra Laxmi Gaire spoke of the problem regarding the over quarrying of river based aggregates from the Kaligandaki river for the road construction.

Khimlal Devkota called for expediting the construction of the highway to meet the deadline while member Jayanti Rai said the persons and institutions related to the national pride projects should be responsible.

Director General of the Department of Roads, Arjun Jung Thapa said that whether the Kaligandaki Corridor is going to be completed on time will be determined by whether the Finance Ministry will ensure the budget for that purpose on time.

Meanwhile, speaking in the special hour of the meeting of the National Assembly today, lawmaker Khimlal Bhattarai alleged the government of not paying attention to checking the 'exorbitant' hike in the price of fuel and essential commodities.

He also drew the attention of the government to reclaim the Kalapani, Limpiyadhura and Lipulek, the Nepali territories which have been encroached upon by India and also to review the 1950 Treaty with the southern neighbour,