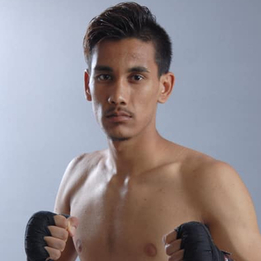 Kathmandu, 4 September (2022) - Nepali young boxer Abiral Ghimire has reached the semi-finals of the 'K1 World Grand Prix 2022' kick boxing competition being held in Japan. He will face Thai boxer Jomthong Chuwatna for a place in the final in 70 kg super welterweight category.

The semi-final is being held at the Arena Center in Yokohama, Japan, on coming August 11. Also known as the 'Himalayan Leopard', the 22-year-old will reach the final for the title of 'K1 World GP Champion' if he wins the bout on coming Sunday. Japan's world champion boxer Wajima Hiromi has already reached the final.

"My goal is to win the title and wave the flag of Nepal," he said. Ghimire has been achieving success since his early age, with 14 wins in 17 international kickboxing competitions so far. He has won 13 matches by knock out.

In K1 Professional Kick Boxing, he has four matches including two by knock out. Ghimire has been training under his father, Dev Ghimire, who was also a professional kick boxer. He is the first South Asian player to play K1 tournament in 2004.

A resident of Gurjudhara in Chandragiri Municipality-12, Kathmandu, Ghimire has been living with his father in Nagoya, Japan for the past five years. Apart from his father, Dev, two Thai trainers are currently training him for eight hours a day.

He is currently playing from Shimura Dojo in Nagoya, Japan.