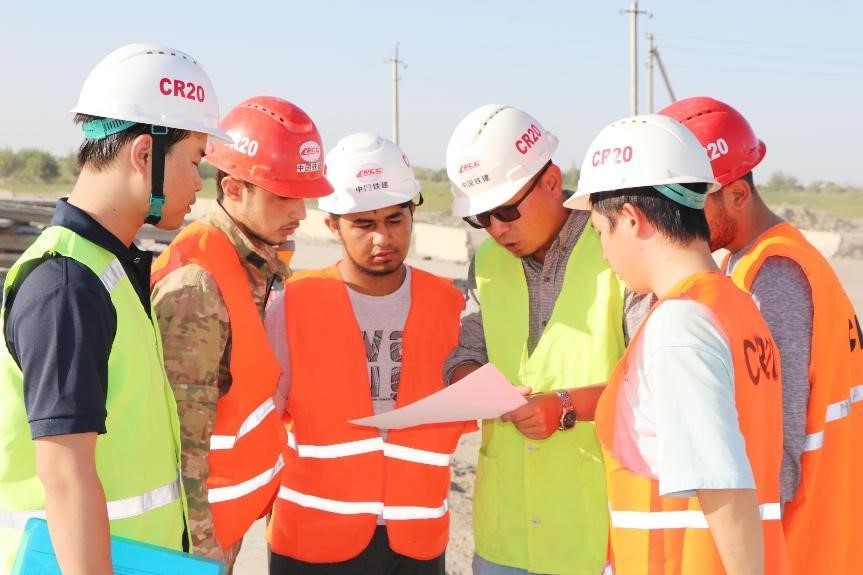 Bearing in mind the long-term development of China-Uzbekistan relations and the future welfare of their people, China and Uzbekistan will expand mutually beneficial cooperation, cement their friendship and partnership, and implement the vision of a community with a shared future at the bilateral level, announced Chinese President Xi Jinping and his Uzbek counterpart Shavkat Mirziyoyev on Sept. 15.

Xi's state visit to Uzbekistan, which was paid when the two countries celebrate the 30th anniversary of their diplomatic relations, has achieved fruitful outcomes. It has ushered in a new chapter of bilateral ties between China and Uzbekistan.

China and Uzbekistan's implementing the vision of a community with a shared future at the bilateral level is a result of the two countries' mutual respect, good-neighborliness, friendship, mutual assistance, and win-win cooperation over the past 30 years, and mirrors the fact that the giant tree of China-Uzbekistan relationship has taken deeper roots and grown more exuberant.

Over the recent years, Xi and Mirziyoyev have stayed in close contact and forged a good working relationship and deep personal friendship through meetings, phone calls and correspondence.

Under the guidance of the head-of-state diplomacy, China-Uzbekistan relations have embraced rapid development, which not only benefits the two peoples, but also promotes peace and stability, as well as development and prosperity of the region.

Implementing the vision of a community with a shared future at the bilateral level will constantly enrich the connotation of China-Uzbekistan comprehensive strategic partnership and provide strong energy for the two countries to deepen their all-round mutually beneficial cooperation and create a better future.

Xi's state visit further enhanced China-Uzbekistan political mutual trust. Xi pointed out that as a good friend, a good partner, and a good brother, China firmly supports Uzbekistan in following a development path compatible with its national conditions, supports its efforts to uphold national independence, sovereignty, security, and social stability, and opposes interference by any forces in its internal affairs.

Mirziyoyev said Uzbekistan is firmly and unequivocally committed to the one-China principle, firmly supports China's position on matters concerning its core interests including those related to Taiwan and Xinjiang, and will always be a good neighbor, a good friend, and a good partner worthy of China's trust.

Following the official talks, the two heads of state signed and issued the Joint Statement Between the People’s Republic of China and the Republic of Uzbekistan, reiterating that China and Uzbekistan will firmly support each other on issues concerning national sovereignty, security, territorial integrity and other core interests.

Given the growing instability and uncertainty in international situation, the high political mutual trust between China and Uzbekistan is of vital importance for the two countries to jointly achieve development and rejuvenation.

Xi's state visit charted a new blueprint for all-round cooperation between China and Uzbekistan. To accelerate bilateral cooperation and make it even more fruitful, Xi said the two countries should scale up cooperation on trade and investment, improve the trans-Eurasia transportation corridor, expand energy cooperation, and promote people-to-people exchanges and cooperation in areas including education, culture, tourism, sub-national exchanges, environmental protection and archaeology.

The Chinese side will continue to carry out healthcare, vaccine and pharmaceutical cooperation with Uzbekistan, and the two sides need to enhance cooperation on poverty alleviation, Xi said.

The co-construction of the Belt and Road remains a highlight and an overriding theme of China-Uzbekistan cooperation. The two sides agreed to actively push forward the synergy between the Belt and Road Initiative and the development strategy of "New Uzbekistan" for 2022-2026.

Xi's state visit reflected China and Uzbekistan's new vision to enhance international coordination. China and Central Asian countries have a shared future and a deep stake in each other’s security and stability. China is ready to work with Uzbekistan to promote the steady and sustained development of the Shanghai Cooperation Organization and will work with Uzbekistan and other regional countries to strengthen the “China Plus Central Asia” meeting mechanism.

Besides, China and Uzbekistan will actively implement the Global Development Initiative and Global Security Initiative, which is an important measure for the two countries to cope with global challenges.

The two sides stressed that they will obey the international order underpinned by the UN Charter and the basic principles of the international law, and stick to multilateralism with the UN at its core. They will exchange views and coordinate positions on major international and regional issues of common concern, and contribute to building a more just and equitable international governance system.

Xi and Mirziyoyev jointly planted an oak tree at the square outside the north entrance of the International Conference Center, Samarkand. As a symbol of longevity, the oak tree signifies that China-Uzbekistan friendship will thrive and endure.

China and Uzbekistan will keep joining hands on the road toward national development and rejuvenation, and make joint efforts to implement the vision of a China-Uzbekistan community with a shared future.