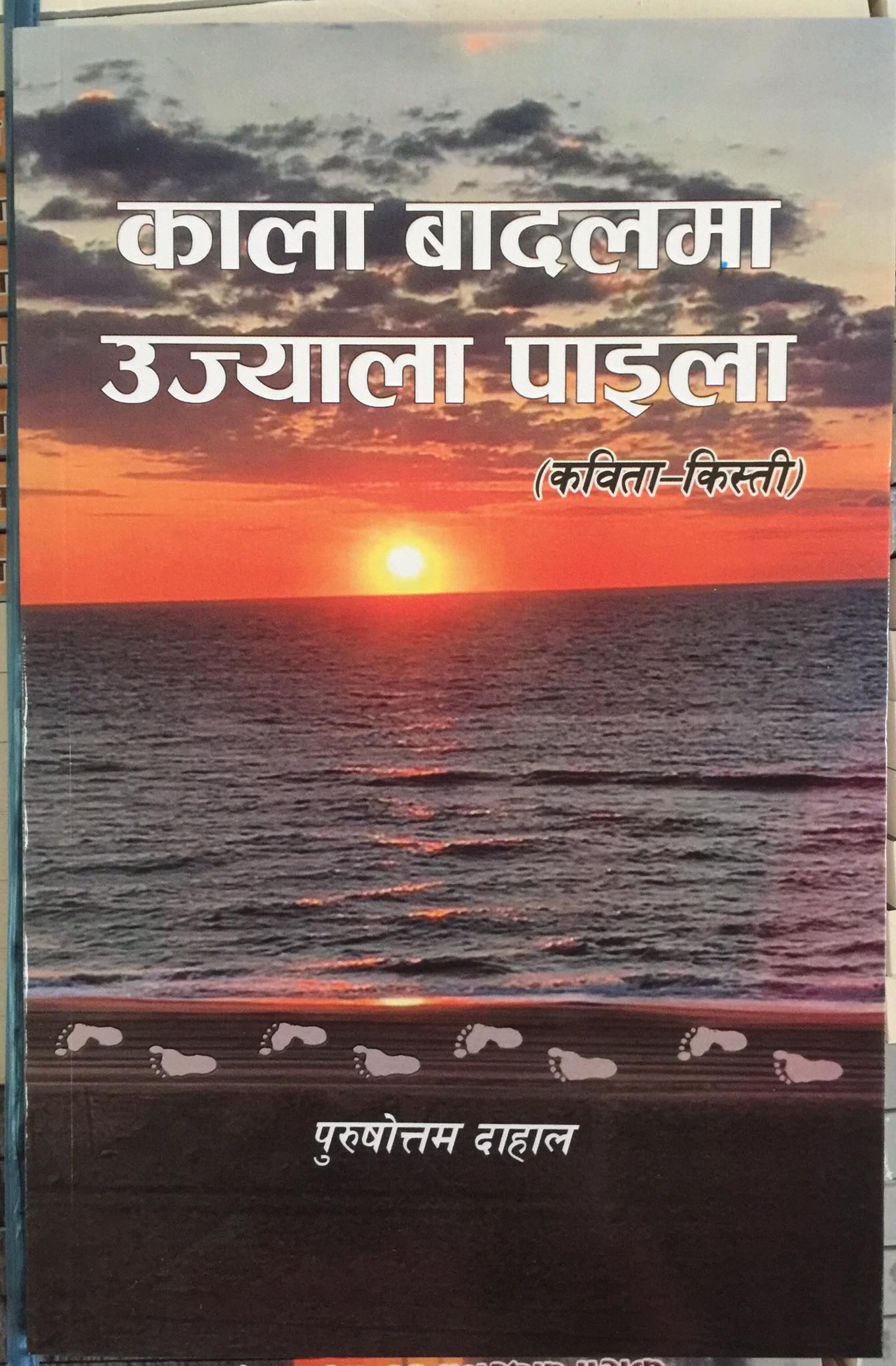 Kathmandu, 21 October (2022) - Writer and leader of the Nepali Congress, Narahari Acharya, has released an anthology of poems, 'Kalabadalma Ujyala Paila' (Bright Steps in Black Cloud) written by Purushottam Dahal, amidst a programme in the capital city on Thursday.

Releasing the book, leader Acharya viewed he had found writer Dahal a versatile person in literature in addition to his impressive presentation in journalism. The intellect he has shown in this anthology is unrivaled, Acharchya added.

According to him, through the poems, noted journalist Dahal has called for a struggle to clean up politics and society with sustained hope and ambition.

Similarly, critic Suman Barsa Ghimire commented that poet Dahal had exposed erosion of ideals in society and politics. He has urged all cconcerned for correction. He is philosophical and ideational. Being ideational in poetry is a risky job, she observed.

Another commentator Narayan Chalise said poet Dahal has expressed socialist thoughts. His poetry collection is his life experiences. Contradictions in political thoughts and practices, and socio-economic status of Nepalis are some pressing issues the poet has brought forth. Despite showing misery in different moments, he requests everyone to pin hope in life and get out of despair.

Dr Devi Nepal opined that Dahal had the expression from both heart and mind. Search for life and celebration of nature are marvelously presented in the anthology, Nepal added.

Poet Purushottam Dahal shared that the tragic moments caused by COVID-19 and observations of Nepali diaspora in the US made him ponder about life. "Horrible moments of COVID time and exodus of Nepali youths with skills and talents both forced and inspired me to create poems," he said, adding that contemplation on life, generations, love, relation, migration and corroding political values and system are the issues that ramble in his poems.

In poet Kalanidhi Dahal's view, the poetry in a way reflects Purushottam Dahal's gradual transition from political atmosphere to literary firmament. There are 40 poems in the anthology.

Mr Dahal has already written books on political essays, novels and stories. This is his tenth literary creation.