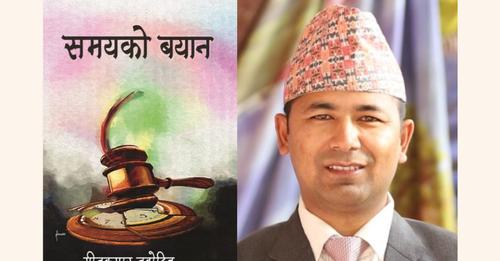 A meeting chaired by Kedarnath Khanal, Chair of the Parishad, decided to award the 'Chisap Leelanarmada Literary Award' to the poetry anthology of Navodita's, 'Samayko Bayan' (time's narration). The prize carries a purse of Rs 15,000 and a certificate.

Navodita has been active in literature for more than two decades along with journalism and has so far published three collections of poems.  He is also active in journalism and is currently working as a press advisor to Nagesh Koirala, Mayor of Biratnagar Metropolitan City.

The award was founded by Saraswati Rizal and Upendra Rizal in memory of their late parents.

Council Chair Khanal shared that the award will be presented at a special ceremony to be held in Chitwan on Monday, on the occasion of the 114th birth anniversary of Mahakabi Lakshmi Prasad Devkota.