Live by the constitution 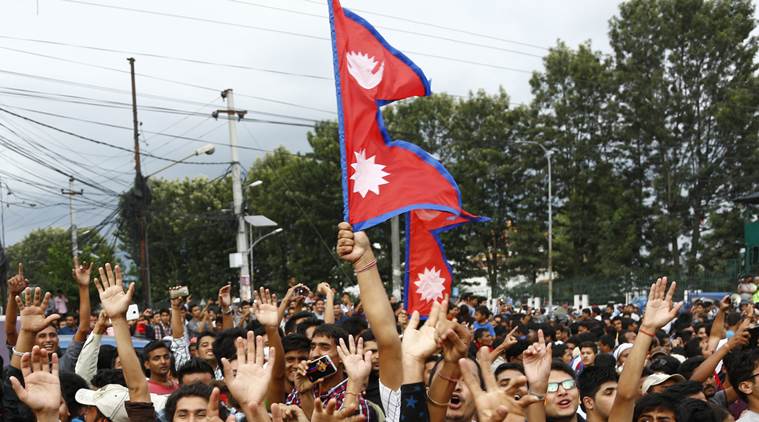 Nepal’s constitution is turning five this week. This is the seventh constitution of the country in eight decades. Asoj 3, 2072 (19 September 2015) has been recorded in history book as a day that firmly established Nepal as a federal democratic republic with secular fabric. The new constitution embraces the principles of republicanism, federalism, secularism and principles of inclusiveness.

Under the new constitution, Nepal’s federal structure is merited with a development that divided the country into seven provinces, with clear lists of legislative powers for the central, provincial, and local bodies. One of the main characteristic features of the new charter is inclusiveness. The milestone for this constitutional spirit was set by the 2007 Interim Constitution and the new document gave emphasis to the continuance of this inclusivity with certain modification in a number of clusters.

But the activists who had once protested against the constitution argue that the national document is a regressive charter. Dipendra Jha, Advocate General of Province-2, in his book Federal Nepal: Trials and Tribulations (2018) writes, “The Constitution was crafted completely by a handful of leaders of the big three parties—the Nepali Congress, the CPN-UML and the CPN-MC behind closed doors in collusion with some political elites and technocrats and was presented in the CA for a ritual and forced endorsement.”

He further argues that “the Interim Constitution of 2007 had introduced a wide range of provisions for progressive transformation, including federalism, citizenship, inclusion and secularism. The drafters of the Constitution watered down all of these provisions in 2015. As a result, the country stood psychologically divided on September 20, 2015, Nepal’s Constitution Promulgation Day.”

Much like Dipendra Jha, India too believed that the latest constitution of Nepal is a document that is in want of amendments for wider ownership, clarity and brevity. New Delhi was one of the major backers of the process over the past decade but it believes the new constitution is not broad-based and is concerned that it could spur violence which could spill over into its own territory.”

These remarks had an impact on the entire constitution-making process. As a result, the charter failed to strike a balance between the dominant views (that is, the agendas of the major political parties) and the minority views (that is, the agendas of the Madheshi parties). Arguing that the constitution failed to address the concerns of Madheshi people in terms of federalism, electoral representation and citizenship, Madheshi parties with the help of India asked the Madheshi community members to hold a five-month long blockade along the Indo-Nepal frontier. And, more than 40 people lost their life while protesting against the new statute.

Those popular faces who had protested against the constitution in 2015 are now holding vital government positions under the same constitutional framework.

However, those popular faces who had protested against the constitution in 2015 are now holding vital government positions under the same constitutional framework.

Though there may be some sort of disagreements with the provisions, the constitution hosts many welcome provisions to drive the country and the national population on the path of prosperity and unity.

Having gone through the constitution, one can firmly and proudly say that Nepal’s new constitution is progressive and it institutes several positive elements for the uplift of women in the country. Like other constitutions of the world, our constitutional document too adopts progressive provisions for realizing the goals of federalism.

The cornerstones are set by two arrangements in particular. First, ensuring rights of women as a fundamental right (FR) through legislation from the very initial stage under Article 38; second, the constitutional provision setting aside 33 percent representation of women in Nepal’s legislature is a major breakthrough.

Nepal sets aside 33 percent of parliamentary seats for women through legislation as envisaged under Article 84(8). Similarly, Article 86 (2) (a) ensures that three berths shall be given in 59-member national assembly, where eights members to be elected from each province. However, India has been considering adopting the similar constitutional framework since 1996.

This Constitutional provision would certainly increase the participation of women in politics and public life, which may just be a single step, but it is nevertheless a step ahead in the right direction. Now what remains is for these laws to be put into practice in letter and spirit,” says the much-admired commentator of Constitutional Law Dr Mamta Rao, who is well-known for her popular book Law Relating to Women and Children.

This enhanced role of women parliamentarians would certainly play a significant role in proposing gender sensitive laws and reviewing and amending discriminatory laws and practices.

This enhanced role of women parliamentarians would certainly play a significant role in proposing gender sensitive laws and reviewing and amending discriminatory laws and practices.

To be specific, the charter ensures that the oppressed groups will have right to participate in state affairs on the basis of principle of proportional inclusion. In a major breakthrough, the constitution incorporates Article 38 with a view to put an end to gender bigotry. Article 38 guarantees that every woman shall have equal right to lineage without any gender discrimination. Similarly, the Article further explains that rights relating to safe motherhood and reproductive rights would fall within the ambit of fundamental rights. It also ensures that both spouses shall have equal rights in property and family affairs.

Under the scheme of the new constitution, victims of environmental pollution have the fundamental right to receive compensation from the polluter. Also, it has been provisioned that citizen with disability and economically poor conditions shall have the right to free higher education.

Recognized world over for recognizing the rights of LGBTs

With the new constitution, Nepal became the first country in Asia to explicitly recognize the rights of Lesbian, Gay, Bisexual and Transgender (LGBT). The provision of right to equality clearly states that no discrimination shall be made along the lines of sex, or sexual orientation as well. Article 12 of the Constitution is a welcome provision which confers an individual to seek citizenship certificate along with gender identity.

Now, it's a well-settled law that an individual can choose his gender identity by his own declaration, without any third party intervention. In this vein, the judiciary also stood by the cause of transgender people and as a result of which the Supreme Court of Nepal in the case of Sunil Babu Pant v. Government of Nepal in 2007 held that the persons were entitled to select their gender identity based on their “self-feeling.”

In this context, Slomita Rai in her LL.M dissertation titled, Legal recognition and rights of third gender in India: A study (2015) submitted to Uttaranchal University argues that “Geographical size doesn’t matter; even a small country can be a pathfinder of a new horizon, which becomes true with Nepal being the world’s first country that has shown a new horizon to the whole world by recognizing the status of the transgender by including a third gender option in its census forms in the year 2011.”

There is no need to be disappointed with the handful number of conflicting provisions in the constitution. They can be amended. Also, there is no need to follow the campaigners who first launched protests against the constitution, imposed trade embargo with the help of India, and in return secured vital government offices. They discredited the sacrifice of more than 100 martyrs.

Adopting a constitution has been an established practice in world and Nepal is not an exception to it. Every political community and every state has a constitution under which the state functions are carried out. Barring a few exceptions, like United Kingdom or Israel, most of the constitutions are codified and written. In this light, the US wrote its constitution in 1787, Canada in 1867, France in 1879, Australia in 1900, Russia in 1919, Spain 1931, Ireland in 1937, Pakistan in 1971, Bhutan in 2008, India in 1949, Maldives in 2008, Afghanistan in 2004, Bangladesh in 1972 or Nepal in September, 2015 and so others. However, the challenge lies in implementation of the constitution.

In fact, “The abolition of the institution of monarchy on May 28, 2008, marked a turning point in the political and constitutional development of Nepal. Following the abolition of monarchy, the Nepalese people gained an opportunity to engage in institutionalizing democracy, entrenching liberty and free will, building the nation on the basis of democracy, promoting development, ending poverty, and securing the rule of law and justice through the writing of a new constitution, argues Prof Dr Surendra Bhandari in his book Constitutional design and implementation dynamic: Federalism and inclusive nation building in Nepal (2016). This is something we need to remember as we celebrate the Constitution Day this year on Saturday [September 19].

The Constitution of Nepal and the basic structures it envisaged have allowed the democratic credentials to thrive on the sovereign soil of Nepal.

The Constitution of Nepal and the basic structures it envisaged have allowed the democratic credentials to thrive on the sovereign soil of Nepal. One of such basic structures has been the principle of federalism, which would play a stellar role in the consolidation of Nepali democracy.

Madheshi people and the leaders shedding blood and sweat are not unknown to the fact. The martyrdom of over 100 Madheshi sons is not for the benefit of handful opportunists. They sacrificed their life in terms of freedom, which cannot be compromised in any pretext. Madheshi leaders have made villas in Kathmandu while claiming to be doing Madheshi politics. They never endeavour to help the state in resolving outstanding border issues, unemployment, illiteracy, flooding in Madhesh due to big dams constructed by India. They are least concerned with education and other infrastructural development. They think that their duties are completed with protesting against the constitution.

The government foregrounds the Indian involvement to hide the Madheshi’s genuine demand while the Madheshi parties often highlight that the Hill elites have offered nothing for Madheshi people in new constitution. Both sides need to be objective and start talks on tangible issues. Both sides should come to terms at the earliest with maximum flexibility.

The need of hour is to stand as one nation to consolidate the democratic credentials, for the republic deserves to nurture rule of law and constitutionalism while rupturing the arbitrary exercise of power.

The writer holds an LLM in Constitutional Law.