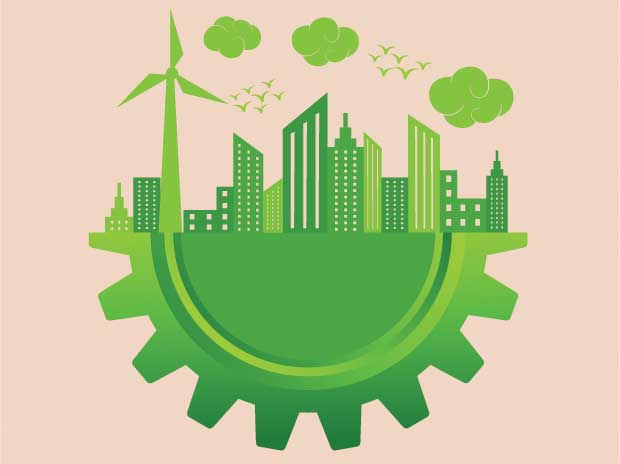 The 2015 Constitution of Nepal is perhaps one of the exceptional highest laws of the land in world which embodies specific fundamental rights provisions relating to the protection and promotion of environment. It casts a solemn duty on the state instruments as well as the private persons to protect and improve the natural environment.

There are plethora of green laws incorporated under the national charter which uphold the cause of green republic. To mention a few, an individual's right to live in a clean environment (Article 30); clean water and hygiene (Article 35); food sovereignty (Article 36); the right of state to carry out the land reforms for bringing reformation in agriculture or environment protection (Article 25); or right of consumer to have quality foodstuffs and services (Article 44) are put in place to control or prevent any act or omission polluting or likely to pollute the environment. Moreover, the High Courts and Supreme Court are empowered to issue any directions, orders, determinations, or writs for the protection and promotion of environment. This way, the Constitution itself has made the right to live in a healthy environment as sanctum sanctorum of human rights.

In this context, it would be icing on the cake if the instrumentalities of the state give effect to the binding constitutional provisions and judicial pronouncements. In the leading case of Pro Public v His Majesty Government of Nepal, the apex Court of Nepal observed that the priority should be given for lessening the impact of pollution emanating from brick kilns operating in the vicinity of densely populated areas, schools, cultural and touristic zones. Immediate measures are to be taken to lessen adverse impact of pollution in such areas. The Court directed the government to form a team comprising representatives from various Ministries. The task of this team was supposed to determine the number of industries that have polluted the environment, and those that have installed pollution-protection device and other those that have not. Similarly, the Court directed the state to assess the impact of the closure of the brick kilns on national construction and development works as well as on the construction of civil houses and to study possible alternatives in place of brick kilns.

The top Court wrote: In India the brick kilns are allowed to operate at a distance between 20 to 200 kilometers from Taj Mahal which has been included in the world heritage list. Unfortunately, the ruling of this case is yet to be implemented in letter and spirit.

Much like this, the apex Court in the case of Surya Prasad Sharma Dhungel v Godavari Marble Industries Pvt Ltd was of the opinion that human life would be in danger in a polluted environment. This way, the Court pronounced that the protection of environment leads to protection of human life. The writ petition was filed before the topmost Court to stop the extraction of marbles from Godavari Hill region by Godavari Marble Industries Pvt Ltd. Expressing satisfaction with the contentions raised, the Court said that the extraction results deforestation, floods or unfavourable situations. In this case, the learned counsel drew the attention of the Supreme Court of Nepal about the similar development happened in India in the case of Rural Litigation and Entitlement Kendra v. State of UP where the Court for the first time held that right to life includes right to live in a healthy environment with minimum disturbance of ecological balance.

Similarly, the top Court in the case of Kedar Bhaktra Shrestha v Department of Transport and Ors, His Majesty Government of Nepal held that the policy prohibiting the new diesel tempo registration even outside Kathmandu was not bad. The highest Court of appeal was of the view that every person in Nepal is entitled to avail a clean and healthy (air) environment in order to cash the right to life and liberty.

In Bharatmani Gautam v His Majesty Government of Nepal (2059 BS) a writ regarding the pollution of Bishnumati river, whose significance is linked not only with religion but also with history and culture, was filed. ‘Bishnumati’ river which originates from Shivapuri flows from Budhanilakantha, Narayanthan, Basbari, Balaju, Shova Bhagavati, Teku, and merges with Bagmati River. The river has become the victim of solid waste dumping and untreated drainage waters. The court was of the view that the instruments of the state was under an obligation to preserve the national ecology; maintain cleanliness of rivers; ensure potable drinking water and manage the waste of the Kathmandu Valley in an environment-friendly manner.

It's high time the state acknowledged the celebrated concept of ‘Public Trust Doctrine’ which states that the state has fiduciary duty of stewardship to environmental entity of public. The resources are held in trust for the benefit and use of general public of present and future generations. We have ample constitutional provisions relating to environment which empowers the state to activate the message of this doctrine. Now, it's time to activate the green laws contained under the Constitution and other environmental laws for the cause of green democracy. After all, Nepal deserves a green democracy too.

This doctrine was invoked by the top Court in the case of Yogi Naraharinath v. His Majesty Government of Nepal to prevent government from conveying public resources to private enterprises. In M. C. Mehta v. Kamal Nath (1997), the Supreme Court of India applied the public trust doctrine to combat water pollution. The Court considered that the government as a trustee of all natural resources must ensure that the natural environment by nature is meant for public use and enjoyment. The Court concluded that the obligation on the state now extends to ecologically important values, such as preserving freshwater, wetlands and riparian forests.

Moreover, the Supreme Court of India in the case of MC Mehta v Union of India (1992) directed the Centre to issue directions to all the state governments and Union Territories to enforce through authorities a condition for license on all cinema halls to display no less than two slides/messages for free of cost on environment amid each show. The Court has also directed the government to introduce green curricula from school to university education to fulfill the fundamental duties of every citizen to protect and improve the natural environment. Interestingly, this ruling has come into effect and Environmental Science or Environmental Law has become a compulsory paper in all university courses in India.

It's high time to acknowledge this practice in Nepal too. Because, it's a daydream to envisage for a pollution-free environment without public awareness and people’s commitment to combat against pollution.

The author taught Environmental Law at Kathmandu University School of Law and is currently a Section Officer Cadet in Judicial Service.