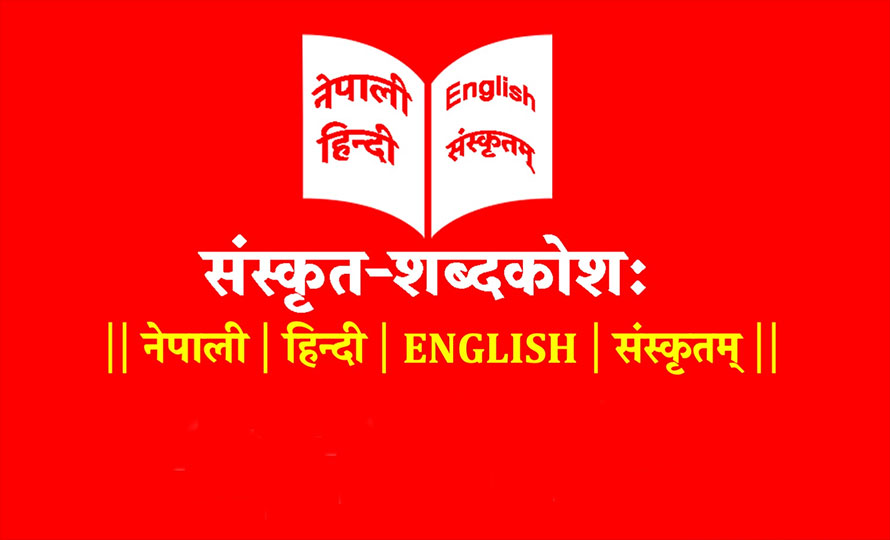 Kathmandu, 20 November (2020) - Swami Keshabananda Giri has prepared and made public the world’s biggest Sanskrit-Nepali e-dictionary. The users can get word meaning of Sanskrit, Nepali, Hindi and English languages with the application of the e-dictionary which contains meaning of 400,000 words of four different languages.

The e-dictionary can be downloaded on android mobile. Swami Keshabananda, author of the dictionary, told RSS that the users can access meaning of 400,000 words of different languages by browsing knswami.com. The application and website would be useful to search for the meaning of words in a full text.

Preparation of dictionary was done under the leadership of Swami Keshabananda Giri amidst the lockdown enforced by the government to contain the transmission of coronavirus.

The dictionary would be more useful for Sanskrit students, researchers and enthusiasts as well as for those interested to know the meaning of Sanskrit words. It would also be a crucial resource to study the materials including sculpture and antique documents produced in Sanskrit.

The dictionary is accessible through android mobile phone above five version. As the mobile app is of 126 MB it requires one GB data for accessing the e-dictionary.

Swami Keshabananda was inspired by his guru the late Dr Ramananda Giri for the collection of word-meaning and preparation of the dictionary.

Swami Keshabananda has made it easier for researchers and investigators to delve in the Sanskrit literary world by connecting the eastern philosophy with technology.